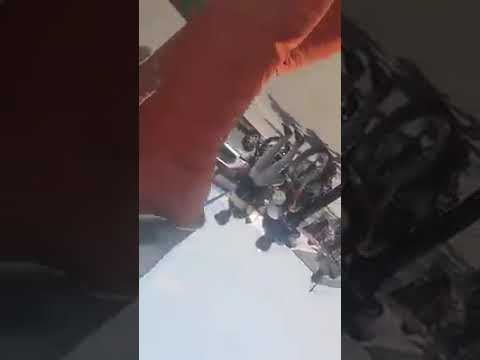 A Kenyan activist was on Monday afternoon arrested by Tanzanian immigration officials and police officers at the Namanga border.

Mr Samuel Okemwa, who lives in Canada, is a close ally to former Nairobi Governorship aspirant Mr Miguna Miguna and is known for his hard hitting videos which he captures himself criticizing the government.

Nairobi News has established that Mr Okemwa who was headed to Arusha, Tanzania was arrested after hawk-eyed immigration officials captured him filming them.

Mr Okemwa was arrested just moments after he attended the burial of Mr Charles Bukeko aka Papa Shiradula.

In a short video he shared on his Facebook page, Mr Okemwa is heard arguing with the immigration officials as he demands to know why they had confiscated his passport.

“Nipe passport yangu, nimefanya nini? (Give me my passport, what have I done?” he says in the video.

Moments later, four immigration officials are seen roughing him up and bundling him into a waiting matatu.

He is then heard asking the officers where they are taking him.

By time of publishing this story, it was still unclear whether Mr Okemwa had been released since he was neither answering calls nor replying text messages.

In May, two Kenyan journalists were arrested and detained in Tanzania for crossing the Namanga border illegally.

The Tanzanian authorities said that the duo was interviewing locals on matters Coronavirus.

Kapenguria police officer had millions in the bank