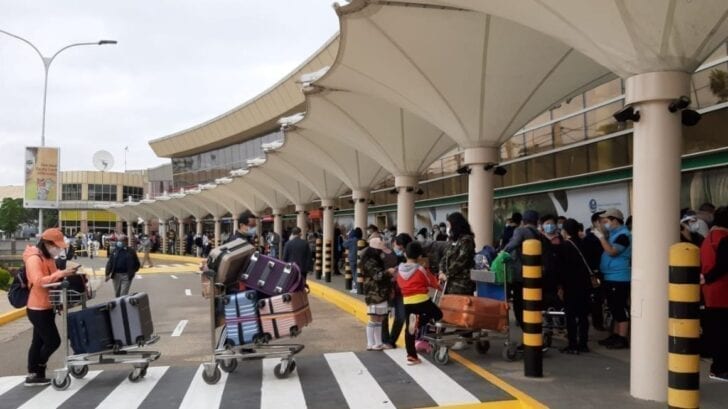 Hundreds of Chinese nationals were on Friday morning spotted at the Jomo Kenyatta International Airport (JKIA) waiting to depart Kenya.

This comes on the day the country is opening up its airspace for international flights.

Those who spoke to the Nation said they were leaving out of precaution due to the recent spike in Covid-19 cases in the country.

Many say they had earlier applied to leave the country but that the local embassy opposed the move.

Majority of those leaving at the moment are women and children, with some the men choosing to stay behind due to work obligations.

But even as many Chinese nationals bolt out of the country, citizens of the Asian country are among those exempted from mandatory quarantine upon landing in Kenya as part of new rules issued by Transport Cabinet Secretary James Macharia.

In a statement issued yesterday, the CS said passengers from countries with mild and limited transmission or declining number of cases will be exempted from isolation.