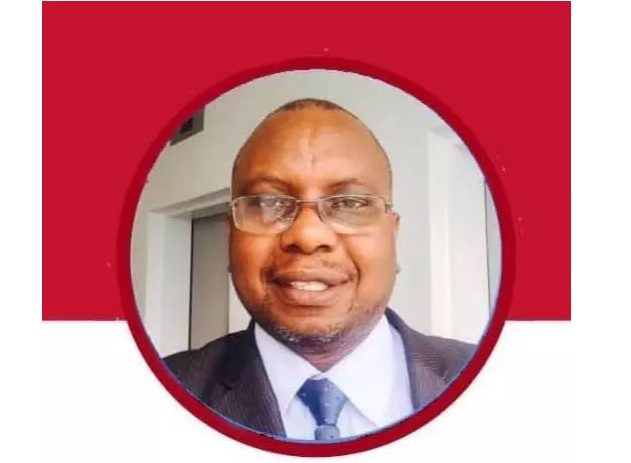 The Kenya Vision 2030 aims to transform Kenya into a newly industrializing, middle-income country providing a high quality of life to all its citizens by 2030 in a clean and secure environment.

One of the most hotly debated topics in development economics is: what does it take to steer a poor country from Third World to First World status?

It is a debate of particular relevance in Africa, which is home to a large number of countries in the Third World category.

It also has some of the fastest-growing economies in the world.

In recent years, economists have used the terms “developed countries” to denote First World and “emerging markets” to refer to Third World countries. We believe that the use of these terms camouflages the extent of underdevelopment and challenges faced by the poorest. The terms are also viewed as a means of excusing First World responsibility to provide material support and solidarity.

Third World countries are characterised by a big agrarian sector and a huge proportion of the population living in rural areas. They are also marked by low productivity, disease, high infant mortality, lack of potable water and poor infrastructure.

Within decades, many Asian countries made the transition from Third World status to First World status.

Some countries in Africa are well placed to make this transition. These include Ethiopia, Rwanda, Uganda and Kenya, Ghana, Côte d’Ivoire Gabon, Mozambique, Angola and South Africa.

We believe that these countries can emulate the “Asian miracle”, but only if governments take decisive steps to achieve certain outcomes. East Asia has a remarkable record of high and sustained economic growth. From 1965 to 1990 the 23 economies of East Asia grew faster than those of all other regions of the world. Most of this achievement is attributable to seemingly miraculous growth in the eight economies studied.

First, gross domestic product (GDP) per capita or the average household income must be improved. It is impossible to sustain important aspects of human development without this.

Second, state intervention and robust national leadership are crucial. The economic strategies of successful countries were influenced by leaders who were committed to rapid development. They had a focus on growing human capital. This in turn led to increased productivity, increased household incomes and an improvement in the general standard of living.

Lee Kwan Yew, the first premier of Singapore and largely considered the founding father of that nation, is arguably the one Asian leader who popularised the idea of moving from Third World to First World in one generation.

Time frames matter when attempting to understand how long it takes to make the transition. Examining the economic trajectory of some countries between 1960 and 2016 suggests that it can take about 25 years to turn a nation from Third World to First World.

Japan was the outright leader, but in time other Asian nations started leading in certain industries. Examples include Taiwan and South Korea. They had no mineral wealth. What they had, instead, were national systems of innovation and, critically, they invested in human capital. They copied technologies from First World economies until they were on par and even overtook the First World countries. In many cases they started off equal or lower in GDP per capita when compared with a number of African countries.

Taiwan’s economy underperformed under Japanese colonial rule between 1895 and 1945. In the 1950s the country was an agrarian economy with the same living standard as Congo. But by 2010 it had overtaken its former colonial master to become the number one producer of semi-conductors in the world.

The point is that a colonial past is no excuse for Africa’s failure so far to catch up, emulate and leapfrog.

Success stories of the kind envisioned here have been controversially called miracles. Yet there is no magic.

Studies have shown that nations that made serious economic progress focused on growing the average income of their citizens. For example, Japan focused on this between 1950 and 1972 and doubled its GDP per capita.

Nineteen out of 23 of the poorest nations in the world are in Africa. Of the 54 African countries, about 19 are represented on the world’s poorest list.

Yet no African leader has pursued with single-minded determination the improvement of household incomes. Instead their focus has generally been on economic growth with trickle down being viewed as a panacea for higher GDP per capita.

Even in South Africa there is no set period for the poor in the black majority (90% of the population) to move into the middle class proper, with access to tertiary education, white goods and shelter, and annual household expenditure close to US$36,500.

Household incomes improve when the largest number of people get involved in technology-based productivity work. Even agriculture needs to be high-tech and include agro-processing. This is a path currently being followed by Ethiopia.

The role of the state

In Asia and Europe state intervention was seen as a key strategic tool to stimulate and guide development without impeding the private sector. States crowded in private capital in support of investment in infrastructure and human capital formation.

This represented an approach that can be described as state pragmatism rather than simply leaving matters to the markets, as neoliberals argue, or by imposing state control, as ideologues on the left have argued.

The Asian Tigers have been criticised for the lack of democracy, favouritism in allocation of resources, cronyism and protectionism. But there is unanimity that they have succeeded in taking the masses of their populations out of poverty, unemployment and inequality.

Another key area of focus among the Asian Tigers has been investment in their youth. But the youth need education to be academically and technically ready to explore the boundaries of knowledge and technology for their own benefit and that of their countries. Africa should exploit the youth dividend, its most important natural resource.

The Asian Tigers also all have a national innovation system that links government, well-funded research and development institutions such as the universities and industry. Taiwan boasts 21 research institutes, some covering the most advanced technologies like nano-technologies. Again, African nations do not have such institutions.

There are signs that some of these lessons have been taken to heart. Rwanda, for example, is doing very well by investing in information, technology and communication, and in its own people.

Ethiopia has invested in agrarian reform to subsidise industries through economic processing zones.

These efforts arguably will bear fruit in the transition to First World status.

Very few nations prosper without well-organised and strategically focused hard work and sacrifice. Africans need to learn to direct effort and resources with a long-term goal. Leadership is key. President Mwai Kibaki launched Vision 2030 as a vehicle for accelerating transformation of our country into a rapidly industrialising middle-income nation by the year 2030.

Over the last 10 years, significant progress has been made in fulfilling Vision 2030. This progress in implementation of Vision 2030 through the First and Second Medium Term Plans has only been possible through the dedication and commitment from all Kenyans. The Government, the Private Sector and development partners have been instrumental in the progress made and will continue to play a critical role as we approach 2030.

The next phase of Vision 2030 is being implemented through the Third Medium Plan. When H.E. President Uhuru Kenyatta conceptualised the Big Four; food security, affordable housing, manufacturing and affordable healthcare for all, he did so in appreciation of the fact that for us to accelerate the achievement of our Vision 2030 aspiration, we would need to take a new approach to our medium-term planning, and focus to those issues that would have the greatest impact on the well-being of our people.

The Third Medium Term therefore is driven by the Big Four Agenda, implemented on the foundations that have been put in place during the First and Second Medium Terms Plans.

Kenya clearly has a blueprint on how to move from a third to a first world country. The question we need to answer now is whether Kenya as a country has the requisite political will and economic leadership necessary for developing a country and catapulting it from the third to the first world.

It is time for a paradigm shift in our mindsets as Kenyans and rising up to the occasion of finally propelling our country to the highest echelons of development. Squabbling over petty issues such as which tribe should rule and going soft on social vices like graft, corruption and tribalism will not lead us to the First World. We need new thinking and new vehicles for both political and economic development. Congress for People’s Democracy CPD Party endeavours to provide just that and together we will usher in a new dawn in Kenya’s development and status in world.

Coronavirus: Uganda bans travel from UK, US and 14 other countries