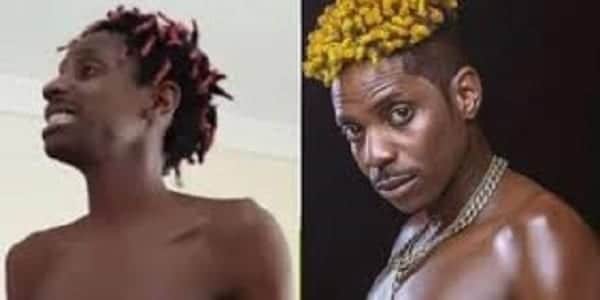 For the past eight months, comedian Eric Omondi has made a conscious effort to gain weight and add some muscle after a photoshopped image went viral.

Speaking during an interview on NTV’s The Trend, Omondi stated that the photo inspired him to get a physical trainer and a nutritionist to help him build mass and muscle.

“It was a challenge that was given by the world and some photographer who did a photoshop of me having muscles and they made it look like it was impossible for me to look like that because I was skinny,” Omondi stated.

“The photographer sent me good wishes on my birthday but said that I would never look like the man on the photo and so I took up the challenge.”

Eric Omondi opens up why he did not marry his Italian…

Throughout his weight gain journey, Omondi said he gave up on a number of occasions because he didn’t see any changes. He added that he only started seeing changes after two months of working out and a strict diet.

“Naturally, I hate food and I have very poor eating habits so I was ingesting, not eating. I was on a mission and it takes a lot of discipline to move from 47kgs to 72kgs,” Omondi continued.

“I had even begun a community, ‘skinny people united’ which I have since left but it takes a lot of discipline and time and that is why from January to February, I kind of disappeared from the public scene,” he added.

In terms of lifestyle, Omondi disclosed that he had stopped taking alcohol, taking sugar, oily foods because he was on a strict protein diet, which was guided by his nutritionist.

Meanwhile, the comedian reiterated that the KFCB boss Ezekiel Mutua was using his name to gain cheap publicity.

“This is the fourth time he is taking a jab at me and I have never had him congratulate anyone or even encourage. I recently launched Eric Omondi Studios and I did not hear him mention anything about that,” he said.

Kenyan Diaspora Men: Really! Seriously! Honestly! Not all that?

Sad:Kenyan girl murdered in cold blood in Dubai by ex-lover

VIDEO: Silence is Golden- When God Remained Silent for 400 years