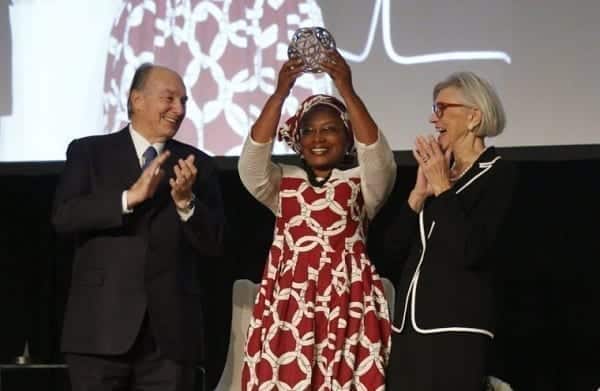 Alice Wairimu Nderitu has been appointed as UN Special Adviser on the prevention of genocide.

United Nations Secretary-General António Guterres made the announcement on Tuesday.

“Ms. Nderitu has been a recognized voice in the field of peace building and violence prevention, having led as mediator and senior adviser in reconciliation processes among communities in her country, Kenya, as well as in other African settings,” a statement on the UN website reads.

She will be taking over from Adama Dieng of Senegal.

Ms. Nderitu previously served as Commissioner of the National Cohesion and Integration Commission in Kenya (2009-2013) as well as Founding Member and co-Chair of the Uwiano Platform for Peace, a prevention agency linking early warning to early response in Kenya.

She is also the founder of Community Voices for Peace and Pluralism, a network of African women professionals preventing, transforming and solving violent, ethnic, racial and religious conflicts worldwide.

Her national experience includes serving as Director, Education for Social Justice at Fahamu (2007-2009), Head of Human Rights Education and Capacity-Building Programme for the Kenya National Human Rights Commission and its predecessor body the Standing Committee on Human Rights (1999-2007) as well as Researcher and Administrator, Kenya Prisons Services, Ministry of Home Affairs (1992-1999).

She serves as Member of the Kenya National Committee on the Prevention and Punishment of the Crime of Genocide, War Crimes, Crimes Against Humanity and all Forms of Discrimination, the African Union’s Network of African Women in Conflict Prevention and Mediation (Fem-Wise), and the Women Waging Peace Network.

Ms. Nderitu holds a Master of Armed Conflict and Peace Studies (2013) and a Bachelor of Arts, Literature and Philosophy (1990) from the University of Nairobi.

She is a Transitional Justice Fellow, Institute for Justice and Reconciliation in South Africa. She is widely published and is the recipient of awards recognizing her commitment to peaceful resolution of conflicts throughout Africa and innovative approach to mediation.

Vatican Chief Justice: Gay Marriage is a ‘Lie’ from Satan Aimed at ‘Destroying’…