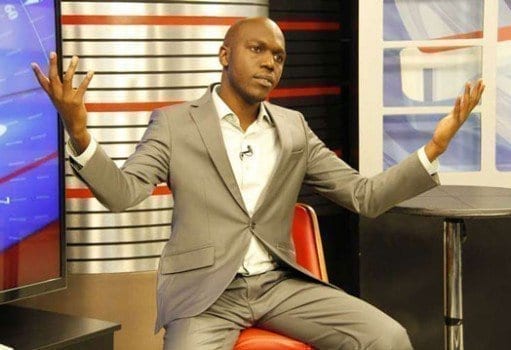 An African correspondent’s experience covering the tumultuous U.S. presidential election will be the subject of this year’s version of a prestigious annual lecture on conflict reporting hosted by Carleton University’s School of Journalism and Communication.

Larry Madowo, a Kenyan journalist who is North America correspondent for the BBC, will deliver the 2020 Peter Stursberg Foreign Correspondents Lecture on Wednesday, Dec. 2 at 7 p.m. Through his lecture, Stranger in a Strange Land, Madowo will reflect on his journey from covering the disputed presidential elections in Kenya in 2007-‘08 through to the political turmoil in which the United States is now embroiled.

The event will be moderated by award-winning journalist and author, Nahlah Ayed, host of CBC-Radio’s Ideas and a longtime foreign correspondent for the CBC.

This year’s Stursberg Lecture is free and open to the public. Those who wish to participate are asked to register at http://bit.ly/stursberg2020 and join on Dec. 2 through Zoom. Space may be limited, so register early.

Madowo has made his mark with his coverage of the U.S. presidential election and its aftermath and is a pioneering digital journalist with more than four million social media followers around the world on Twitter, Instagram and Facebook.

“It is stunning for me as an African reporting on it that the same things that America has been lecturing Africa on appear to be happening right here,’’ Madowo said in a recent New Yorker interview. “There are so many parallels between this U.S. election and elections that I have covered in Africa,” Madowo said.

“The Trump regime and all sorts of stereotypical things that are used often to refer to the global south would be completely at home and apply here,” Madowo continued.

“The rest of the world is watching this and kind of holding its breath to see what happens.”

Madowo started his career in his native Kenya as a business reporter and anchor on two national TV networks. He was also an anchor for CNBC Africa based in Johannesburg. More recently, he was the BBC’s Africa Business Editor responsible for setting up a new unit, hiring nearly 30 reporters and producers in five countries and launching six new shows. He was named among the 100 Most Influential Africans in 2018.

Madowo is based in Washington, D.C. and has anchored breaking news from the BBC’s studios and presented its flagship program BBC World News America. He was named a Young Global Leader by the World Economic Forum in 2020. He was a Knight-Bagehot Fellow in Economics and Business Journalism at Columbia University, where he graduated with a master’s degree.

He has reported from nearly 40 countries, lived on three continents and interviewed some of the world’s most prominent names. In addition to the BBC, his work has appeared on CNN International, France 24, Al Jazeera English and in the Guardian and Washington Post.

Nahlah Ayed, who will moderate the lecture and lead a question and answer session with Madowo, is one of Carleton’s many accomplished graduates. Ayed completed her Master of Journalism degree at Carleton in 1997. She went on to become a foreign correspondent reporting from Beirut, Cairo, Baghdad and Amman, as well as Austria, Serbia, Germany, Hungary and France. She was profiled in 2017 as one of the faculty’s 75 for the 75th alumni. and last year was appointed as the host of CBC Radio’s Ideas.

The Stursberg lecture recognizes the importance and impact of journalism that bears witness in troubled areas around the world and has traditionally been delivered by a correspondent with experience reporting from conflict zones. This year’s lecture and its focus on events surrounding the presidential election in the United States and its aftermath acknowledges that conflict can take many forms.

“These days, there are relatively few conventional wars, the kind of violence that my father reported on,” Richard Stursberg said. “Now correspondents are often reporting on conflict and violence of a different type and I think it will be fascinating to hear from Larry Madowo about his experience reporting on this astounding election process and the constant threats of violence directed at journalists.”