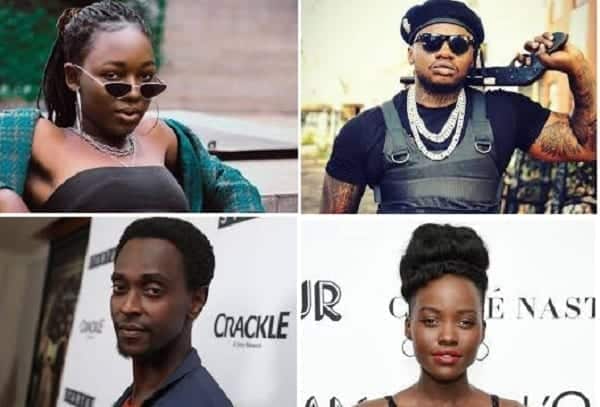 Kenya has always been the country known to the world for athletics or tourism but now it is known for more.

Elsa Majimbo – she has nominated for the E! People’s choice awards in the category of African social star which she won.

Octopizzo – he has been nominated for the 63 Grammy awards record of the year with his hit song another day.

Elsa Majimbo says she found happiness outside Kenya-Never to…

Anita Soina – known for protecting and taking care of the environment with her slogan the green war. she has written a book about the environment and also has been nominated for the MTM UK awards.

Manoj Sood – Manoj Sood is a Canadian-based actor, producer, and director. He was born on May 5, 1962, in Mombasa to Hindu parents, Dr. B. K. Sood and Narindar Sood.

Barkhad lived most of his life in the Cedar-Riverside neighborhood, on the south side of Minneapolis, Minnesota, US.

Kiran Shah – Kiran Shah is a 63-year-old Kenyan-Indian actor, stuntman, creature performer and motion capture performer. He was born in Nairobi on September 28, 1956.

According to his website www.littlekiran.com, Kiran lived with his family in Kenya until the age of twelve when his family moved to India and later to Crawley, West Sussex, England.