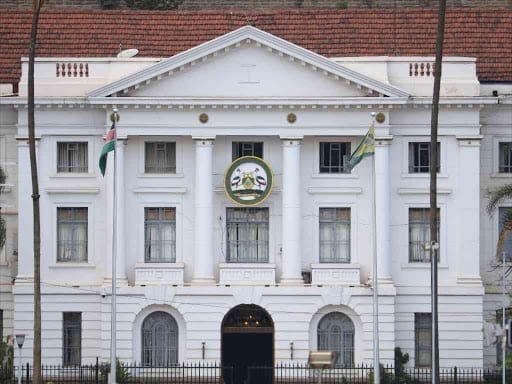 The impeachment of Nairobi Governor Mike Sonko has now revealed some financial malpractices at City Hall.

The Star understands that a trip had been organized for the county assembly’s Budget, Finance and Appropriation Committee to Dubai at a time when the county and assembly clashed over the Sh 37.5 billion budget.

Governor Spokesman Ben Mulwa told the Star that a trip to Dubai had been organized for the assembly budget committee and claimed some MCAs pocketed the facilitation money despite not going for the trip.

According to Mulwa, the governor wrote to the DCI on December 4, 2020, alleging that some members pocketed money but never travelled.

The chairman of the Budget Committee Robert Mbatia revealed how Sh823, 324 was deposited in his bank account on October 23, 2020, raising eyebrows and prompting him to inquire about it.

‘When I arrived at the bank, I tried asking which bank account had sent the money but they declined,” he said.

Salient issues about the deposited money made the Budget chair resort to consult the executive and the office of the clerk at the assembly.

“I took personally took the initiative and inquired from the office of the clerk and there was no planned trip to Dubai coming from the executive,” Mbatia said.

Also, there was no list coming from the office of the speaker about members who were to travel in Dubai.

Consequently, In a letter dated October 23, 2020, the Budget Chair wrote to the Chief Officer of Finance declining the purported trip, noting that he had an Education committee meeting during the same period in Mombasa and money will be refunded back to the executive.

“I have been notified by my bank this morning that an amount of Sh 823, 324 has been deposited in my account,”

“I today instructed my bank to return the money to the sender-Bank Account immediately. Thank you for the consideration but I respectfully decline your offer,” reads the letter

The letter was received the same day by the Chief Officer Finance and economic planning.

Interestingly, since March, MCAs at the assembly have not been having foreign trips following the Covid-19 containment guidelines that had been issued by Head of Civil Service Joseph Kinyua.

As the budget chairman, Mbatia narrated having consulted the committee members on the said trip but most remained silent.

“I cannot confirm or deny if the rest of the committee members returned the money. I can only speak for myself,” he said.

Emily Oduor a member of the budget committee refused to comment on the issue.

Mbatia who is also Kariobangi ward rep wondered on the coincidence of the purported trip which came at a time when the County Assembly had approved the Nairobi City County Appropriation Bill, 2020 which was rejected by the governor.

On October 15, 2020, Sonko rejected the Appropriation Bill, saying ‘illegal’ amendments were made to the budget.

He has sent the bill back to the assembly with a memorandum to be considered.

Poking holes into the trip, Mbatia highlighted that the source of funds was not adding up as the County has been facing a financial crisis since the Governor had declined to give assent to the budget.

For six months since June, the executive and the assembly have been surviving on a Sh8.5 billion Vote on Account, which is 25 per cent of the annual budget.

“Where did the money come from as we have had no cash flow. Were they (executive) spending from source or as it requisitioned from the Controller of Budget?’ he questioned.

The following day, the Budget chair wrote to the Standard Charted Bank, Kenyatta Avenue requesting the funds to return the deposited Sh823,324 back to the sender.

“Since I will not be travelling. I wish to request your bank to return the funds to the sender Bank-account and the charges thereof deducted from my account.,” reads the letter dates October 24, 2020, addressed to Branch Manager, Standard Bank.

On November 3, 2020, the bank deducted the amount mentioned from the client’s bank account.

It is not clear whether the rest of the Budget Committee members pocketed the funds without going for the trip or returned the funds to the executive.

Cheap ugali: Two-kilo packet of unga to retail at Sh90