A Kenyan Diaspora Musa Mmugambi recently started the process of earning his brokerage license. Mr. Mmugambi is an immigrant from Kenya who is in his late 40s and is a part-time independent real estate agent at the Younger Realty Group. He ventured into this field as a part-time job three years ago.

The 4.9% of Lancaster County residents who are foreign-born contributed $1.3 billion dollars to local GDP in 2014, according to a study by the New American Economy and the Lancaster Chamber — equal to $1.8 billion today.

In 2017, the BBC reported that Lancaster County settles more refugees per capita than any other part of the U.S.

“It creates variety. It’s one of the under-appreciated outcomes,” he said.

More variety is a good thing, making the region more attractive to tourism and giving people the opportunity to connect with different cultures.

From homebuyer to home seller

In Mmugambi’s case, one of the things that drove his interest in real estate was the experience of buying his first house ten and a half years ago.

He thought that so long as someone had the money for a down payment, they were good.

He now hopes to earn his brokerage license within three years. Currently, he is a full-time chemistry teacher at McCaskey High School, where he has taught for the past 17 years.

He plans to make real estate his full-time job when he retires from teaching. 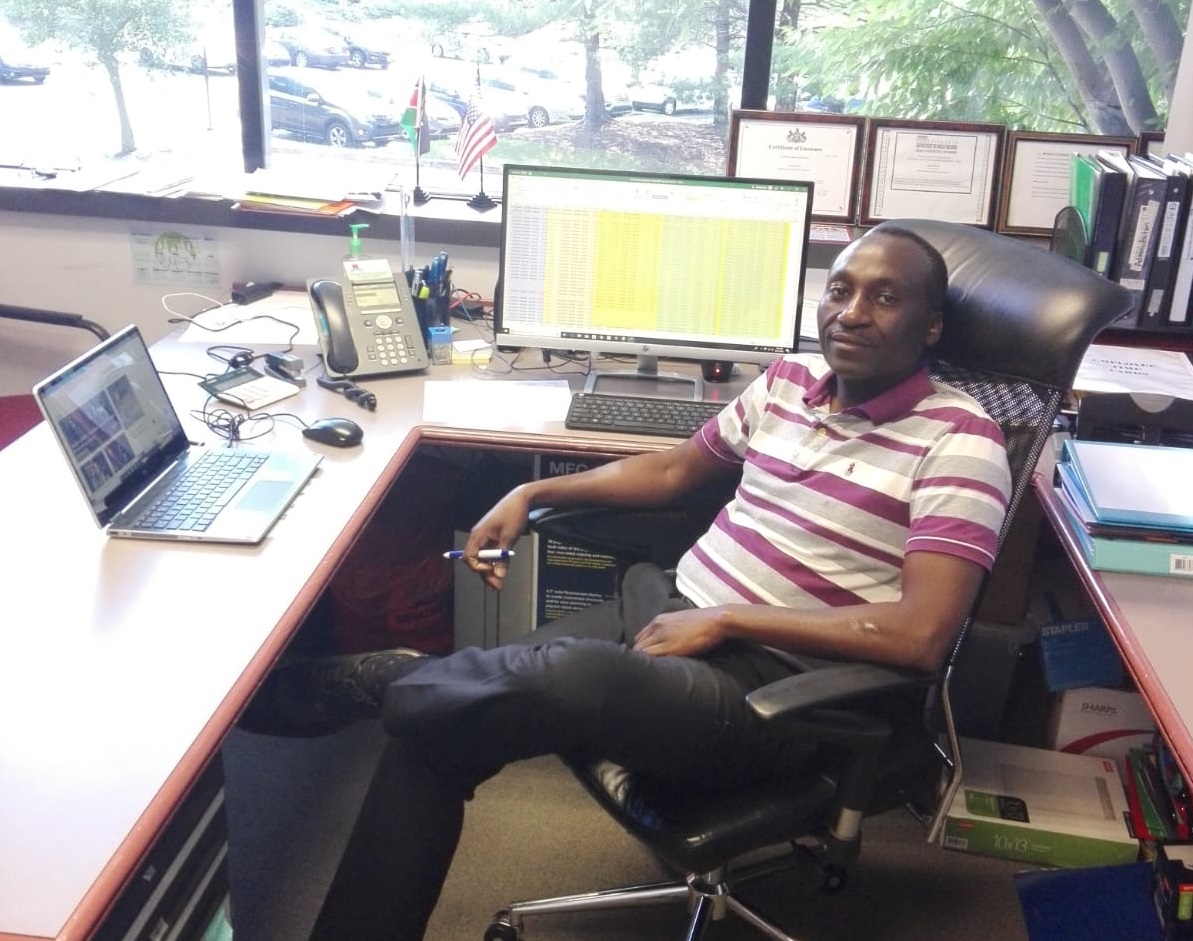 Mbatia Kuria, 50, a Kenyan immigrant who is a local business owner, said people don’t become rich by working regular jobs, but by going into business for themselves.

“It’s in business that improvement in the people’s welfare comes,” he said. “You make your millions in business. If a community wants to develop and improve its economic lot, then more and more members need to go into business.”

Kuria is the managing partner or chief operating officer at Gifted Hands Home Health Care, a role he took over in 2017.

Gifted Hands is a small company with 20 to 30 employees. Kuria, together with some friends who were in the healthcare industry, formed it back in April 2015.

The group ventured on to this new business without any outside guidance, so it took them time to learn how to run it. It also took time for it to become profitable.

“The biggest downfall for new businesses is the financial piece,” Baez said.

Assets helps women and minority entrepreneurs plan, grow and improve their businesses. It focuses on business models, leadership and finances and has helped launch 214 businesses and support 1,191 female-owned businesses.

Baez encouraged entrepreneurs to plan thoroughly, keep learning and to take advantage of resources through Assets and other organizations.

Kuria earned a bachelor’s degree in commerce at the University of Nairobi and was an assistant credit manager in Kenya. But, as is the case for many immigrants, the education he acquired back in Kenya did not transfer over when he settled in Lancaster in March 2008.

In order to work at a bank, he earned an associate’s degree in accounting at HACC in 2009.

He worked some odd jobs to keep up with the expenses. In March of 2020, he earned his master degree in business entrepreneurship.

Kuria warns others who are looking into a venture in the healthcare industry that they shouldn’t enter merely because another fellow immigrant joined. Like most businesses, the first three to five years are for learning and growing. It might take awhile before one starts to see any profit being made.

The company’s goals are to continue to grow and expand and to buy a building.

When it does, Kuria hopes to start a business incubator in part of the space, especially focused on immigrant and refugee entrepreneurs.

Ron Mukuria
Ron Mukuria, 21, is from Nairobi, Kenya. He arrived in Lancaster on Sept. 8, 2010, and has lived here ever since. He has been studying graphic design at HACC Lancaster but is thinking of switching to a communications major, in part because of his experience in the Refugee Youth Journalism Project. Currently, he is taking a semester off to work on a few projects and explore new places.
One of his future goals is to have his own platform to share his stories and other people’s.