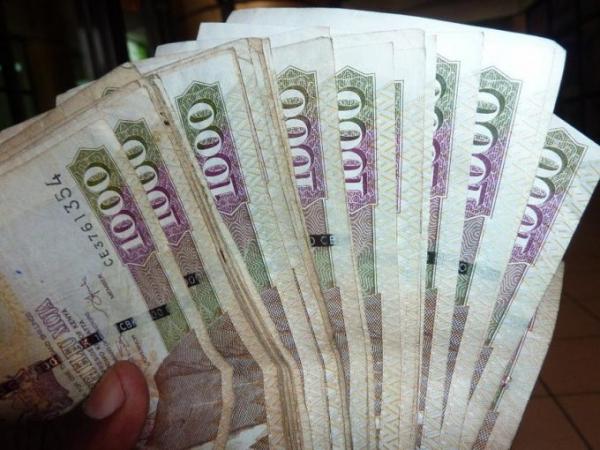 Nearly half of workers in the formal sector earn less than Sh30,000 per month, reflecting Kenya’s pay inequality and the burden households face in acquiring basic items like rent and food.

The share of workers earning less than Sh30,000 has remained little changed since 2014, a pointer that Kenya’s economic growth over the period has failed to offer low-earning employees a sharper pay rise.

Those earning more than Sh100,000 accounted for 2.9 percent of the 2.92 million formal workers captured in the data, the wage inequality among formal workers.

The number of workers earning less than Sh30,000 has grown in last five years from 1.2 million workers to hit 1.34 million at end of last year, with the pay inequality wider among national government employees.

Some 56 percent of Kenyans working in the public service took home less than Sh30,000 compared to 46 percent of their peers in the private sector and 48 percent of county workers.

This category of workers would struggle to live in decent housing in major towns like Nairobi and struggle to meet other basic items like food, medical and school fees.

The average rent price of a one bedroom house was Sh12,071 last month, according to KNBS data, about half the net pay of the 1.2 million Kenya’s formal workers.

Some 2.92 million workers were captured in the KNBS report as formal employees, an increase from 2.37 million in 2014.

This means that the economy has been generating low income jobs over the five years.

The earnings inequality has partly been attributed to the previous centralised system of government, which guided sharing of resources since Independence.

The devolved system of government, which took off in 2013, raised hopes of addressing the economic imbalance, as analysts say there is a need to offer incentives to attract private investors to counties and spread wealth.

Modest economic activity in the past two years has entrenched the income inequality with fewer jobs and stagnant pay hurting the middle class most.

While Kenya’s economy expanded 5.8 percent last year from 4.8 percent in 2017, private sector activity — which translates to jobs and higher pay — has remained muted.

Teachers and other employees in the education sector make up the biggest chunk of those earning less than Sh30,000 a month.

The data shows that agriculture, fishing, forestry, Information Technology (IT), education, security and transport sectors make the list of industries with the highest number of workers taking home less than Sh10,000 a month.

Some 11,239 workers in the agriculture, forestry and fishing sectors take home less than Sh10,000 followed by 3,494 workers in the security sector and education sector with 2,412 workers.

Kenya’s actual labour earnings across the country remain unclear, with most workers employed in the informal sector.

The private sector continues to dish out the biggest pay cheque in excess of Sh1 trillion last year or more than 70 percent of the total wage earnings, making them more lucrative for job seekers.

The education sector has the highest number of Kenyans in the elite class with 18,465 workers followed by financial and insurance sectors at 11,903 while the retail industry comes third at 11,274 workers.

The Kenya Revenue Authority (KRA) has questioned the data, saying that a sharp increase in imports of luxury items and multi-million-shilling investments in real estate have opened its eyes to a potentially massive tax leakage, which if tapped could yield billions of shillings in additional revenues to the Exchequer.

The KRA’s argument is supported by the fact that only a few Kenyans have officially registered as belonging to the high-income earners’ bracket despite the growth in conspicuous consumption in areas such as Nairobi.

The taxman reckons there are workers who earn extra cash from ventures such as real estate, dividends and royalties, but fail to declare the additional income.