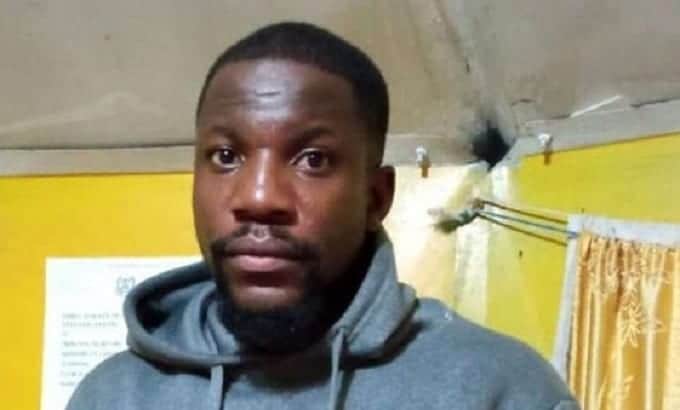 Christian Kadima Mwambay, the man the Directorate of Criminal Investigations (DCI) arrested for murder of a city lawyer is wanted in South Africa to face accusations of battery.

The man who holds a Nigerian passport was on Friday night arrested in connection with the gruesome killing in Syokimau.

The suspect had been on the run since Friday morning when the lifeless body of Ms Elizabeth Koki Musyoki, a mother of two, was discovered by her domestic worker.

Detectives tracked him down to a city lodge where he was hiding.

“Our boys smoked him out of his hideout, at a lodging in the city,” DCI tweeted yesterday. “Kadima had tried to outsmart our officers by driving his getaway car to Riruta, to create a false impression on his whereabouts. However, our sleuths were too clever for his antics.”

Her body was found in her bedroom inside her house in Syokimau, Machakos County, where, according to the police, the two lived together for a year.

Police said that the suspect left the house on Thursday night only for the body to be discovered on Friday morning by the house help, who got concerned after realising that she had taken too long to wake up.

According to the house help, her employer had unusually overslept and when she checked on her, she stumbled on her lifeless body.

“The house help grew suspicious when by 10am, her employer hadn’t woken up. She then walked into her bedroom only to find her lying lifeless on the bed, with bloody bruises on her body,” DCI said.

Detectives believe that Kadima fled the house after committing the crime.

On Saturday, when the Nation visited the house, now a crime scene, there were blood stains on the mattress, on the wall and on the floor, indicating a possible struggle, according to the police.

Machakos County police commander Charles Mutua said the suspect is believed to have escaped with the victim’s car, which was traced to Riruta .

He said they were liaising with the Immigration Department to determine the suspect’s nationality.

“What we know is that he came to Kenya from South Africa and we are yet to determine which nationality he is, but from what we have gathered is that he is Congolese,” he said.

According to South Africa’s Sandton Chronicle, Kadima is accused of assaulting one Miranda Jacobs, who is still seeking justice for the injuries he allegedly inflicted on her back in 2017.

Soon after she learnt about Musyoki’s death, Ms Jacobs took to social media, saying that she had tried her best to warn Kenyan women about him.

“I spoke to a few women on IG (Instagram). They said he’d also assaulted them… I tried my best to reach out to the Kenyan police. I couldn’t, I feel terrible about this. I’m so sorry Elizabeth Koki may your soul RIP. Condolences to the family and friends,” she wrote.

In Nairobi, he’s known as a Congolese national but detectives on Saturday said he was a holder of a Nigerian passport.

To the South African police, he was known as Euloge Christian Kadima and there has been a warrant of arrest out for him after he skipped bail and fled.

“Anyone with information about Kadima’s whereabouts is urged to contact the investigating officer, Constable Mpho Martin Monyamane or the Sandton Police Station,” the police say.

Stella Makokha Ogema, in a social media posting, said Kadima dated a friend of hers whom he allegedly assaulted. A court case ensued but he fled the country.

Speaking to the Nation, DCI boss George Kinoti said that they already have a team that is working with Interpol to follow up on the claims that have been raised by several women in the continent.

“We are already collaborating with Interpol and team from DCI will travel to the said countries and investigate the claims,” he said.

My wife hasn’t apologised for cheating; how do I forgive her?