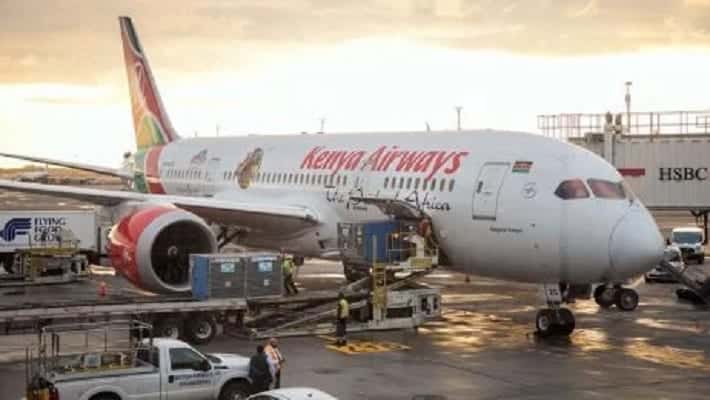 “Fly directly from NewYork with KQ at your own peril! Customer Service is non-existent, on day three arguing with a wall because there is no customer service,” Awori tweeted.

According to Awori, she was supposed to land in Nairobi later in the day but was forced to stay longer, she also claimed that some of the passengers’ Covid-19 certificates had expired hence frustrating efforts to switch flights.

Our Covid certificates expired, we can’t switch flights. No word from @KenyaAirways

In their response, KQ said the New York to Nairobi flight on February 16 was rescheduled “due to a technical hitch and snowstorm”.

“Indeed, our flight on 16/02 was regrettably rescheduled due to a technical hitch & snowstorm. All our passengers were either re-routed or accommodated until the next flight or -ve PCR test. Kindly get in touch via DM if you still have concerns. We are sorry & committed to helping,” they said.

But, a bitter Awori still disputed their response wondering why the national carrier was lying.

“Lies and lies and lies! Do not speak from a computer, you didn’t even update when the flight was cancelled,” he said.

This is not the first time that the troubled national carrier has left passengers stranded at JFK.

In 2019, a technical defect with one of the doors resulted in at least 58 passengers disembarking a KQ aircraft in New York, leaving them stranded for several hours at the airport.

The passengers already on board when it was announced that there was a problem with the aircraft’s door and could not close properly.

The announcer asked some passengers (volunteers) to alight to avoid incidents, with KQ promising them an alternative flight, an extra Sh50,000 ($500) and food as they waited for another plane.

In a statement issued on Wednesday, KQ said that the affected passengers were compensated and re-booked to other alternative flights from New York.

“A technical defect with one of the doors on our aircraft prior to departure necessitated a restriction in the number of passengers we could carry aboard our flight, in compliance with global safety procedures. Upon request, 58 of our guests volunteered to disembark the aircraft in order for the flight to proceed,” KQ said in a statement.

Photo:Mother arrested in China for breastfeeding baby while driving a moped

PHOTOS/VIDEO:Uhuru Visits Joe Kadenge At His Home In Nairobi South “B”