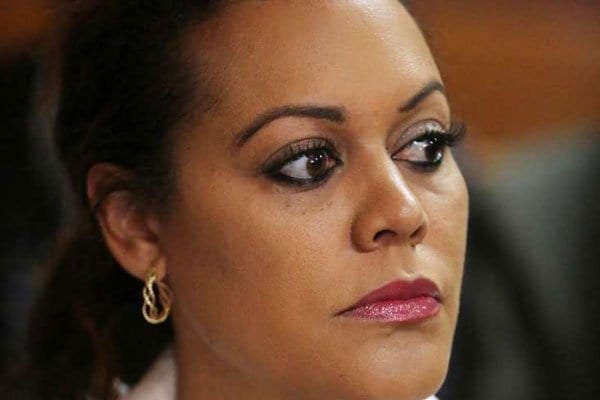 How Kenyan does a Kenyan need to be to serve her country? Just when you think it’s all over, all battles fought and constitutionally won, egos erupt and the most irrational attempts to ignite a recall process against an envoy begins.

Kenya’s Ambassador to South Korea, Mwende Mwinzi, is a dual citizen who scored exceptionally well in the ambassadorial vetting process; then subjected to a conditional appointment where she was asked to rescind her American citizenship that she earned by right of birth. She then won a court case that determined the law does not require her to give up her US citizenship in order to take up appointment. She finally reported to work and presented her credentials to South Korea’s President Moon Jae-in. But Ambassador Mwinzi now faces renewed efforts to remove her from office barely three months after reporting.

Credible sources within the Ministry indicate the Parliamentary Committee on Implementation seems determined to pressure the Ministry of Foreign Affairs into igniting a recall against the envoy to South Korea. This effort includes a renewed demand for Ambassador Mwinzi to rescind her US citizenship; a process that is not required by the Constitution and one that was litigated and settled in the High Court of Kenya.

The Ministry of Foreign Affairs needs to make it clear to Kenyans where they stand on this issue. The presentation of her credentials was a procedural, lawful and public affair that won Kenya accolades in within the international diplomatic corps. It is now a public embarrassment when diaspora, the diplomatic corps and our country Kenyan listen to international news on Voice of America about those fighting to bring Ambassador Mwinzi down as if she were a criminal. It is of utmost importance for MoFA to take responsibility for an appointment that was non-conditional. The envoy was a thoroughly vetted and qualified candidate in whom Kenya ought to take pride. Back-handed anti-Kenyan politics that make Kenya look like a self-loathing banana republic should be stopped.

Amb. Mwinzi should now be judged by the work she does. The Seoul Embassy builds Kenya’s reputation and credibility across Asia. Its functioning makes or breaks Kenya’s key partnerships. There is a lot resting on the work of this particular Mission, especially the S. Korean-funded KAIST (Korea Advanced Institute of Science and Technology) deal, which is the only one of its kind outside of Asian countries.  This is not a position to play politics with, and the government should be defending and protecting their Ambassador with great tenacity against egoistic and parochial politics.

The spurious charge of a dual-citizen envoy having split loyalties thrills the imagination of Kenyans. Imagined betrayals against country have been argued out like espionage movies; they remain sensationalist. It’s amazing really, considering the MPs instigating a recall also have colleagues in the House and other confirmed Ambassadors who hold dual citizenship. The hypocrisy of it all drips with pretentious umbrage, to the point of calling on Parliament to freeze funding to the Kenyan Embassy in Seoul. Now, that is betrayal of country, and these MPs should be censured. It is also a careless explosion of ego that is far too common in Kenyan politics.

There is no surrender. This is also a matter of principle and an issue that touches on the rights of millions of dual citizen Kenyans, some of whom continue to be victimized over their status which has no bearing on their character and abilities. Kenyans abroad stand with Ambassador Mwinzi as she continues to navigate a difficult path. Her service to country will leave the road ahead easier for generations of Kenyans. We shall never tire of fighting for the inclusion of all Kenyans, against small and destructive politics, and for the good of our country, our families and our dreams as private citizens.