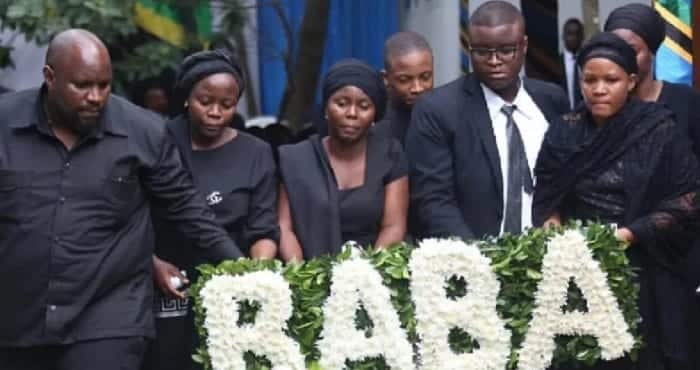 The late Tanzanian president John Pombe Magufuli was laid to rest on Friday, March 25, at his rural home in Chato.

A sombre mood engulfed the East African country when the casket of Magufuli was lowered into the grave to mark the end of his 61 years journey on earth.

Tears of sorrow and pain rolled down freely, with the former president’s immediate family bearing the brunt of the loss.

Dozens of netizens trooped to their pages to encourage the late president’s children, who appeared overwhelmed with pain and anguish.

As earlier reported by TUKO.co.ke, Magufuli sired eight children with his wife Janeth Magufuli, one of whom passed on.

All the seven children have led extremely private lives. Unlike their father, they have never shown any interest in politics.

He became the first Tanzanian president to die while still in office. His deputy, Samia Suluhu, has taken over as the new president for the remainder of the term in line with the Tanzanian constitution.

The late president was serving his second term after being re-elected in November 2020. Suluhu was sworn in on March 19 and promised to follow in the footsteps of her predecessor. She became the first woman to ascend to the presidency in Tanzania and East Africa region.

Caroline Mutoko gets tough with her face book fans

UHURU WELCOMES NAMING OF ROADS AFTER HIM AND DP