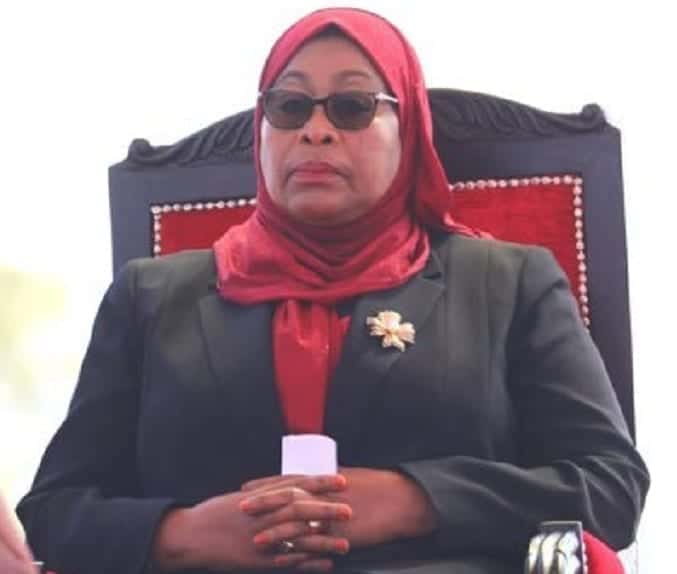 Samia Suluhu is a Tanzanian CCM politician who was born on January 27, 1960, in the Sultanate of Zanzibar as Samia Hassan Suluhu. Samia became Tanzania’s first-ever female President after she was announced President of Tanzania in 2021 following the death of John Magufuli.

Before being a vice-president Samia served as the Member of Parliament for Makunduchi constituency from the year 2010 to 2015 and has been Minister of State in the Vice-President’s Office for Union Affairs since 2010.

Prior to this, Samia served as a minister in the semi-autonomous region of Zanzibar in the administration of President Amani Karume. In 2014, Samia was elected as the Vice-Chairperson of the Constituent Assembly tasked with drafting the country’s new constitution.

Samia is 61 years old as of 2021, she was born on January 27, 1960, in the Sultanate of Zanzibar as Samia Hassan Suluhu. She celebrates her birthday on January 27, every year.
Samia Suluhu Parents
Samia was born and raised by her mother and father in the Sultanate of Zanzibar. Her father was a school teacher and her mother a housewife. Ms. Hassan graduated from high school but has said publicly that her finishing results were poor, and she took a clerkship in a government office at 17.
Samia Suluhu Hassan Father

Her father was a school teacher and her mother a housewife. Ms Hassan graduated from high school but has said publicly that her finishing results were poor, and she took a clerkship in a government office at 17.

After completing her secondary education in the year 1977, Samia was employed by the Ministry of Planning and Development as a clerk, Samia pursued a number of short-courses on a part-time basis. In the year 1986, she graduated from the Institute of Development Management (present-day Mzumbe University) with an advanced diploma in public administration.

Upon graduation, Samia was employed on a project funded by the World Food Programme. Between 1992 and 1994, Samia attended the University of Manchester as well as graduated with a postgraduate diploma in economics.

In 2015, Samia obtained her MSc in Community Economic Development via a joint-program between the Open University of Tanzania and the Southern New Hampshire University.

Samia is married to her husband Hafidh Ameir, at present a retired agricultural officer since 1978. They have 4 children, her second born, Wanu Hafidh Ameir (born 1982), is a special seat member of the Zanzibar House of Representatives.

Samia has an estimated net worth of $15 million as of 2021. This includes her assets, money, and income. Her primary source of income is her career as a politician. Through her various sources of income, Samia has been able to accumulate good fortune but prefers to lead a modest lifestyle.

MPs to summon Tobiko,AG for failure to enforce gay laws

I educated my girlfriend, but she dumped me after graduation