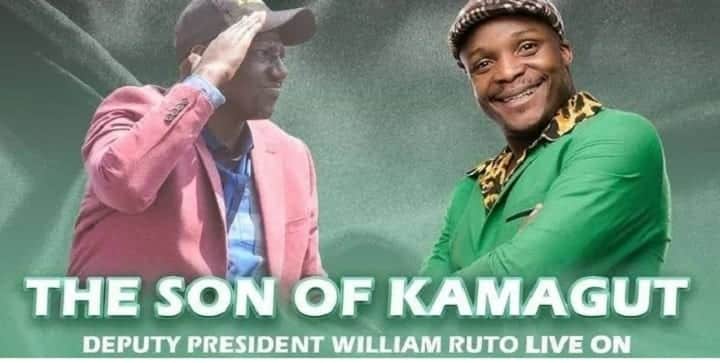 Deputy President William Ruto’s aides on Wednesday, March 24, announced that the UDA boss will be appearing on two shows on Thursday, March 25.

The DP, who has been keeping a low profile of late, is set to appear on Radio Citizen’s morning show, before later visiting comedian Jalang’o’s (Felix Odiwuor) studio for a show at 1pm – that same Thursday.

Ruto will be discussing an array of issues in the Country’s political scene.

A number of Kenyans responded to the announcement, with many obviously excited.

“Good. But advise him that when being interviewed he should respond briefly to questions and issues and not create his own,” stated one Danton Mutumbi.

“I better keep on sleeping or watch kids show instead of listening to propaganda, 2013 promises are yet to be fulfilled,” another commented.

Ruto’s last public appearance was on March 18, 2021 when he met members of the Garissa County Assembly from Jubilee, ODM, UDA and KANU at his Karen Office, Nairobi County.

The attendees agreed to back up Abdul Yusuf Haji for Garissa Senator seat in the upcoming by-election.

The radio interviews come days after UDA candidate Urbanus Ngengele lost in the Machakos senatorial race. The DP is expected to speak on the recent losses the new party has suffered, and his strategy going forward.

Ruto seems to have changed tact after announcing that he would be suspending all public engagements after President Uhuru’s banned all physical political gatherings.

“The Covid-19 infection rates have become a serious source of concern making it necessary for Government of Kenya to take remedial measures to manage and contain the pandemic.

“With the President’s announcement of containment measures I forthwith suspend all public engagement until further notice,” he stated.