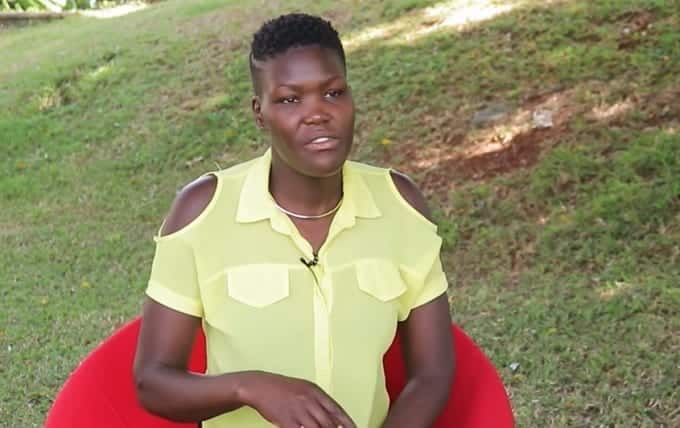 Veronica Achieng’ Abok has seen it all, and if she went back in time eight years ago, she would make different choices, one of which would include staying away from a caucasian man who took her through hell and back.

Abok met the Chilean man in her late teenage years; she was working in a hotel which the man would frequent, and soon enough, they exchanged contacts and started small talks that gradually turned intimate.

Speaking to TUKO.co.ke’s Lynn Ngugi, Abok said their friendship grew, and by the time he was leaving the country for Chile after his visa had expired, they had dated for a couple of weeks, and she had even introduced him to some of her family members. The mother of two remembered the foreigner impressing her dad because he would send her money weekly, which was more than what she was even earning as a waitress.

“After arrival in Chile, we kept in contact, and he would send me money every other week. A time came when he asked me to visit him in Chile, and I was very excited,” the woman recalled.

Her excitement to travel to the South American nation was short-lived after the guy failed to pick her from the airport, yet he knew the time her plane was set to land. She had to make frantic calls through airport officials to get in contact with him and ask him to get her. He arrived four hours later, which was perhaps a sign of how things would turn ugly during her stay in Chile.

The caucasian man was living with his mother, who detested Abok from the second she first saw her, which further complicated her stay in the Spanish-speaking state.

The mzungu man also prohibited the lady from communicating with her family back at home or anyone for that matter. What would follow is a chaotic stay in Chile characterised by threats to her life, from her mother-in-law putting a gun right into her face to her husband trying to drown her. She also discovered she was pregnant as soon as she arrived in the foreign nation, and she went through the torturous months while also carrying her firstborn baby in her womb.

“I remember his mother accused me of sneaking into her room and stealing money, and when I tried to defend myself, she pointed a gun to my face,” she recalled the incident with tears.

The experience made her restless, and she started telling her husband that she wanted to go back to Kenya. However, he would have none of that, and he, together with his mother, took her to another house to stay all by herself.

They would only bring food to her and lock her in the house all alone. She would spend her days locked up, fearing for the worst and keeping herself strong through prayer. She finally managed to convince the man to pay for her ticket back home. By this time, she was heavily pregnant, but she did not mind; she only wanted to be back home safe and sound.

Abok arrived in Kenya months later. She remembered the cloud of shame that hung around her because she did not have a single penny when she landed at the Jomo Kenyatta International Airport (JKIA). Little by little, she started moving on, doing casual jobs and even gave birth to her beautiful daughter. Two years after the baby was born, the man started making contact with her again. He apologised and even started sending money again. He later returned to Kenya to visit her and meet her daughter for the first time, but six months later, he left her with another pregnancy, on the verge of poverty and yet another heartbreak.

At one time, the young woman had to sell her body when she was pregnant with her second child to keep her family afloat. She has never heard of him again, and she is now trying to rebuild her life while collecting all the pieces of her heart that he ruthlessly shattered. “You have put me through a lot. But may God bless you wherever you are. We moved on!” she said in her heartfelt message to her Chilean husband.