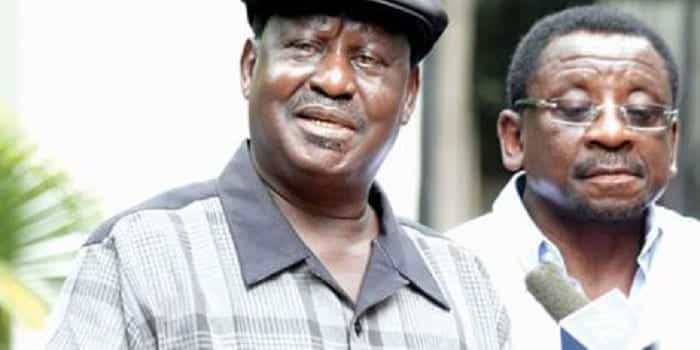 ODM leader Raila Odinga has finally spoken out following the ruling by the five-judge-bench on Thursday, May 13, which rendered the BBI Constitutional Bill 2020 as unconstitutional.

In a statement, Odinga stated that the ruling was disappointing. He, however, noted that an appeal would be made and urged his followers to respect and restraint themselves from attacking the court.

“The Judiciary sits at the centre of the democratic experiment in both established and emerging democracies. It is a key pillar of our democracy. In fact, no country can be a democracy without a strong and independent Judiciary.

“It is the judiciary, among the three arms of government, which is the final arbiter of our constitution. That is why every citizen and institution within the state must respect the rulings of the judiciary, even when they are adverse to their interests,” reads an excerpt of the statement.

Odinga noted that he and other like-minded individuals would respectfully move to the Court of Appeal to present their case.

“We will do so with sobriety and with respect for our judges and courts. Ultimately, our objective is to strengthen, not undermine, the judiciary,” he added.

Odinga asked fellow Kenyans to remember the hard and arduous journey that had been travelled over the decades in search of democracy.

“The 2010 Constitution itself is a monument to that struggle. There were moments of great danger and peril along that journey.

“We have learnt that democracy is about peaceful and respectful contestation, whether we agree or disagree with each other,” he continued.

Peter Kenneth requests U.S. Assistance to Ensure Voting by Kenyans in the Diaspora