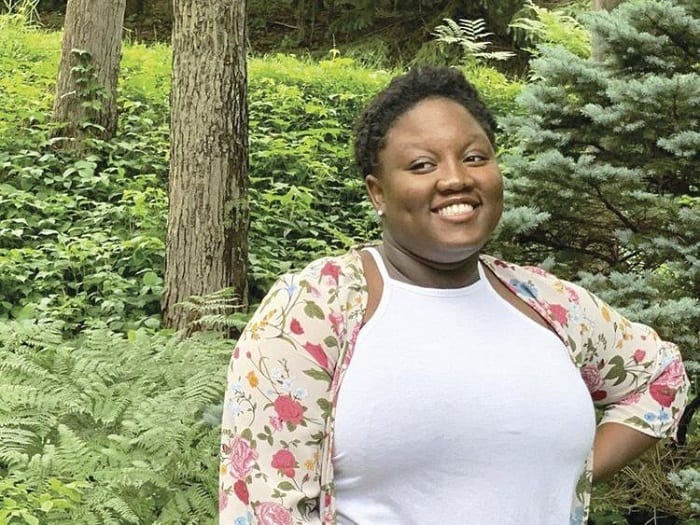 The Oneonta community in New York is raising money to send one of its own Nova Otieno to be buried in her rural village in Kenya.

Nova, a 2017 graduate of Oneonta High School and a native of Kenya, died Monday, May 31, of a pulmonary embolism just weeks upon her graduation from the University at Buffalo, according to her family. She was 21.

Otieno was an aspiring neurosurgeon, according to her mother, Jecintel, a nurse. “Nova always wanted to be in the medical field,” she said. “She just really had a passion for it.”

“This young woman would have been a phenomenal doctor. She was well on her way to changing the world,” said Otieno’s friend and supervisor at A.O. Fox Hospital, Deserée Furman.

Nova Otieno started work last summer as a temperature monitor, continuing to pick up shifts at least once a month even after she returned to school, riding the bus four hours each way from Buffalo, according to Furman.

“The main desk at the hospital was really the best place for her when she was working as a temptaker because she was so warm and welcoming to our patients and she made everybody feel comfortable when they walked through the door,” Furman said. “That was really important, and I really appreciated and admired that about her.”

Furman recalled swapping stories with Otieno in their downtime at work.

“She had a lot of school work but she never complained about it. I never got the impression that she couldn’t handle it, because she was always calm and warm and gentle, very sweet,” Furman said. “She was a reliable, punctual and professional employee. Her dedication to a temp job impressed me for sure. It was her way into the Fox family and we were so blessed to have her.”

Otieno graduated from Buffalo with a bachelor’s degree in biology and a minor in psychology. Her college roommate, Josie Nimarko, described her as hardworking and conscientious.

Nimarko said her fondest memories of Otieno included weekend dance parties in the apartment the pair shared with two others.

“Nova was always there, singing along, yelling and laughing,” she said. “She was so full of energy and life; such a smiling and radiant person.”

Otieno was a great listener, Nimarko said. “When she could tell something was wrong, she just gravitated toward you.”

Janis Labroo, a French teacher at Oneonta High School, said she taught Otieno for four years and spent time with her outside of class in French club.

“She’s just one of those kids that will stay with you forever,” Labroo said. “She raised the atmosphere, the level of engagement in the classroom.”

Labroo recalled the resounding energy Otieno brought to everything she did, whether it was performing a song in front of the class for extra credit or taking charge of a baking project after school.

“You could say some people are a ray of sunshine, but Nova was the whole sun. She brightened every day,” Labroo said. “She was at the top, but she didn’t have to be the best. Nova didn’t have to be in competition with anyone but herself.”

Otieno’s parents, teacher and friends all fondly recalled her quick way of calling people out when they were wrong.

“She would call you out with a smile,” her father said.

“She wasn’t berating anybody,” Labroo said. “She was just like, ‘Hey, you’re better than that.”

Otieno was a prolific role model to her cousins and her younger brother, Hastings and sister, Randy, her parents said.

“She was so kind and generous,” her mother said. “Everybody was looking up to her.”

“She was the leader,” said Labroo, who also taught Otieno’s younger siblings. “They’re going to be lost without her. I’m better to have had her in my life.”

“I keep expecting us to talk again and laugh,” Nimarko said. “That’s such a big part of my life gone.”

“Even though it’s hard to ask people to smile in these times, we are asking people to help us keep Nova’s smile alive,” Jecintel said.

Calling hours will be held from 5 to 7 p.m. Friday, June 11, at Lester R. Grummons Funeral Home in Oneonta.

The family will tentatively travel to Kabondo, Homa Bay County, Kenya on June 16, where her burial will be held June 21.

Viral Video:Outrage as 4 girls attack victim in a McDonald as people watch

Have Positive Affirmations: I needed 6 figure salary and I got it

The Place to vacation if you are a Kenyan, or African: No Visa Hasle