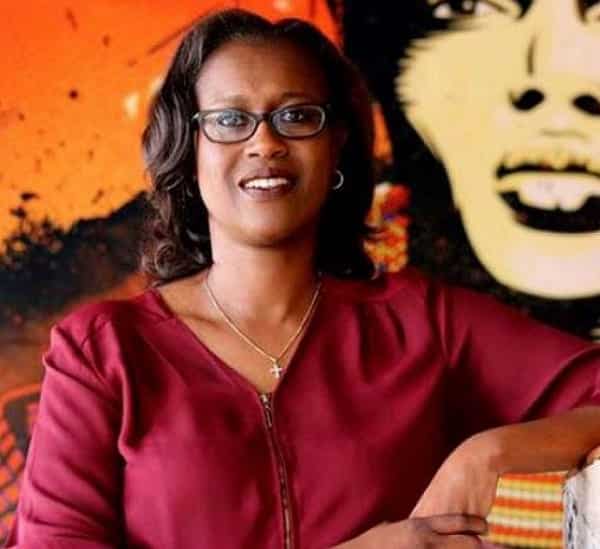 Mary-Anne Wambui Musangi is a business woman known for being the daughter of deceased Kenyan Billionaire Businessman, Chris Kirubi. Wambui has a wealth of experience in marketing, owns two high-end restaurants in Nairobi and is a director at the Sidian Bank.

She is married to Andrew musangi who is an attorney. They have children together. She values her husband so much and describes him as an amazing and very supportive husband. She regards him as her backbone

Chris Kirubi divorced his wife in 1999 and together they had two children, Robert Kirubi and Mary-Ann Wambui. When she was asked about her relationship with her father, Mrs Musangi revealed that her parents divorce had a lasting effect that spilled into her marriage.

she said, “You know, I’m from a divorced home so I never got an opportunity to experience a family life in that respect. So for me, I was very scared getting married because I didn’t know how that would work. Nobody really taught me. I have a very patient husband.”

She, however, expressed great admiration for her father stating that they shared the same personality as well as the entrepreneurial spirit. She said of her father, “My father was an orphan. He grew up on the streets. Yes, people say he’s proud, but he deserves to be proud considering where he’s reached, from where he came from.

She added, “We’re similar in character. The work ethic, the stubbornness. My dad is always pushing it. He’s a man who should have retired by now but he will not. I don’t think he should. If he still has a lot to give, he should continue giving.”

She also described her mother as a quiet, reserved and private person whose main focus after the divorce has been her children

She Holds a bachelor of Arts in international business administration and a master of science in management from the University of surrey in the UK.

She is a director at UAP investments Limited, sidian bank, Haco tiger brands, Rongai Sheraton Hotel and international house. She also owns a continental restaurant Opul at the Two rivers mall. She has worked with big brands including Coca-Cola, KCB, GlaxoSmithkline and Ogilvy & Mather as a brand manager.

Kirubi died at his home at 1pm after a long battle with cancer, the family confirmed on Monday.  The family statement reads: “It is with great sadness that we announce the passing of Dr. Christopher J. Kirubi who passed away today at 1 pm at his home after a long battle with cancer fought with fortitude, grace and courage. He was surrounded by his family.”

In Novemeber 2017, he was flown to the US  where he was hospitalised for four months after being diagnosed with colon cancer. At the time, he said the cancer was detected early enough to be managed successfully.

When he returned to Kenya in mid-2018, cancer treatment had already taken a massive toll on his body as he had lost a lot of weight. A first public appearance showed him weak. He also urged Kenyans to undertake regular medical examinations

Before his death Kirubi had tweeted wishing his twitter followers a fruitful week ahead.

Top of the morning to you, my dear friend. It doesn’t have to be a tiring Monday. Instead, I bring to you good tidings of favour, success, achievements and happiness in the new week. Give yourself a go towards your success plan. Enjoy today and the rest of your week. #AskKirubi

MHH International Testimonial:Importing a car from the UK made simple