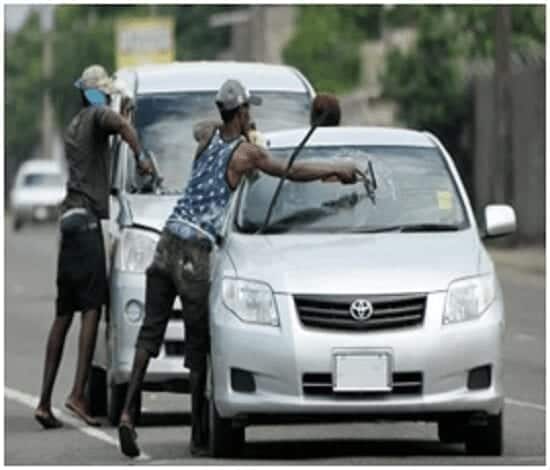 Despite remitting at least Ksh300 billion back home in 2020, a good number of Kenyans working abroad are forced to work 2 to 3 jobs just to stay afloat.

At the end of May 2021, a Kenyan lady working in the USA – Betty, took it upon herself to share a video in which she detailed the dilemma facing many Kenyans working overseas.

She was quick to clear the air on several misconceptions pertaining to a common belief that Kenyans in diaspora raking in millions per year, and opting to neglect their kin back home

“Yes, we make a lot of money in salaries. However, when the money hits your account you quickly realise that a good portion of it doesn’t belong to you,

“Assuming I only had one job which brought it USD3,000 (Approximately Ksh 320,000). Deducting my USD1,700, electricity bill of USD300, other recurring expenses such as gas amounting to USD2,500, and in my case, a car note that takes away another USD300 from the salary each month and you begin to see the picture,” she detailed.

With several other monthly expenses such as food and healthcare not factored in, she made it clear that working 2 to 3 jobs was the only way for most to make any kind of income at the end of the month.

Thousands of Kenyans in a similar situation echoed her sentiments and shared their individual stories, painting a picture of the daily struggles they endure in order to make ends meat.

It was further revealed that on average, Kenyans in the USA spend up to USD150 (Approximately Ksh 16,000) per week on a food alone, while operating on a tight budget.

“Say it loud Betty, I totally understand what you’re talking about, people back home have this concept we’re millionaires if in the diaspora, actually they enjoy our money more than we do,” a Kenyan working abroad opined.

“You nailed it girl. I lived in Sydney for 2 years and the bills were just too many. Rent paid weekly was new to me even though I was earning every fortnight,” another added.

Notably, some of those who chose to share their stories explained that the monthly expenses differed relative to the resident country.

In addition, success stories of Kenyans who have gone on to leave a mark while working abroad are well documented, with some launching businesses that rake in millions.

However, there was common consensus regarding the record-high amount of work hours Kenyans working in diaspora need to put in so as to be able to make enough money to send back home.

“This is why I always insist on this. If someone in diaspora trusts you with their money, please look after it wisely as it comes from a lot of struggle and sacrifice,” Betty emphasised.

She further warned of the perils of assuming that relocating abroad would automatically lead to better life, going into lengthy detail to explain how easy it is to get swallowed up by a ‘debt cycle’ abroad.

In December 2020, Kenyan journalist Alex Chamwada aired a special feature touching on how Kenyans working in the USA had opted to establish a Sacco geared investing in business ventures back home.

In a recent survey conducted on Kenyans working abroad, Cabinet Secretary for Labour and Social Protection -Simon Chelugui, established that there are 2 million workers who registered with Kenyan embassies while another 2 million are unregistered.

The CS cited limited Bilateral Labour Agreements and inadequate social protection for migrant workers as some of the issues that slows down the sector.

As 2020 drew to a close, the government announced that Kenya’s diaspora could now make investments through the African Diaspora Asset Managers (ADAM), an investment firm that was granted the first licence of its kind for a diaspora fund by the Kenyan Capital Markets Authority.

The fund is expected to provide a safe and regulated investing body for Kenyans living overseas.