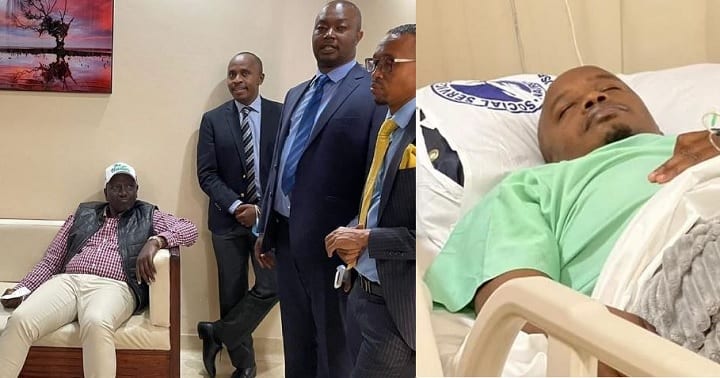 The MP Shah Hospital in Nairobi was a hive of activity as public figures flocked the facility to visit Starehe Mp Charles Njagua ‘Jaguar’.

As we had reported on Tuesday, the former musician turned politician is recuperating after he underwent successful corrective surgery on his foot on Monday.

From Tuesday, a host of Jaguar’s friends, acquaintances, and former foes paid him a visit to encourage him as he recuperates.

The visitors including politicians led by Deputy President William Ruto, who was accompanied by the likes of Nyali MP Moha Jicho Pevu, Dagoretti South MP John Kiarie, and others.

Jaguar also received a visit from his former foes, Embakasi East MP Babu Owino, who wrote on social media: “Today, I visited my belly ally and a bosom friend [email protected] who underwent a knee surgery at MP Shah hospital. May he heal in Jesus name.” 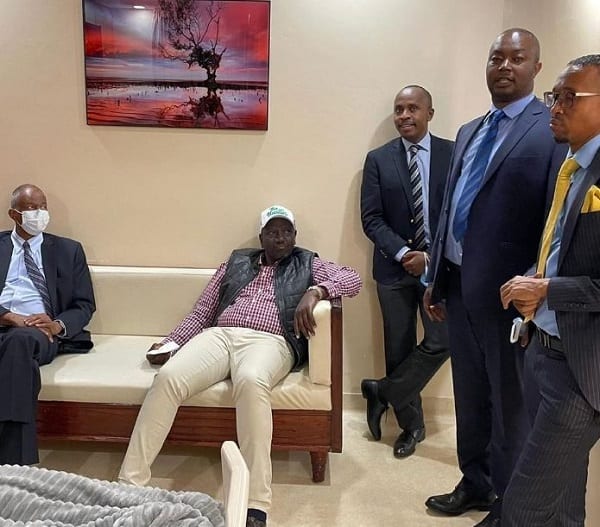 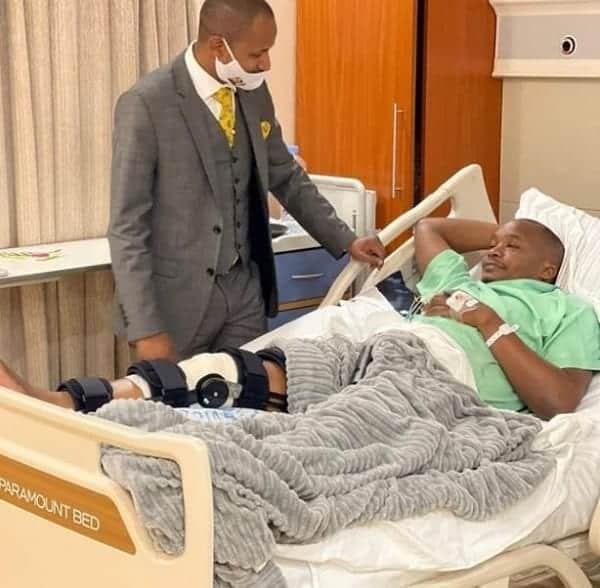 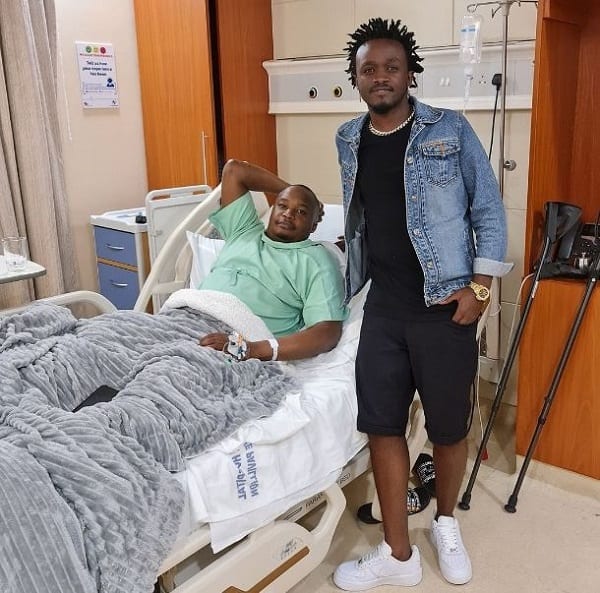 President Uhuru Kenyatta’s Reception in London on 7th May