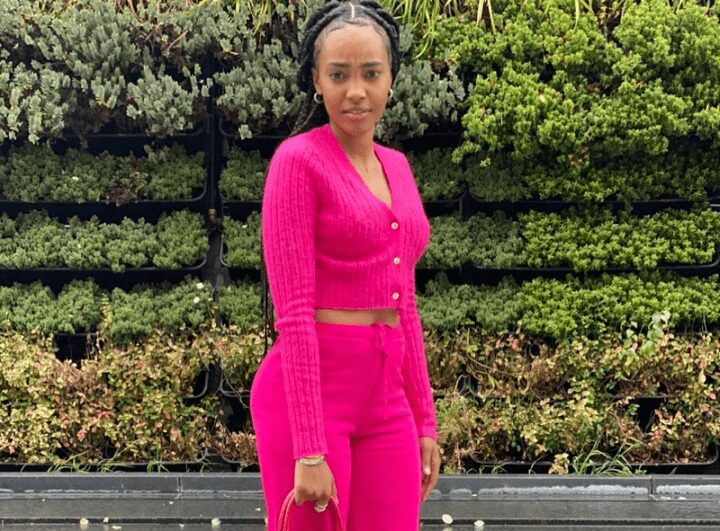 Born 32 years ago, Kenyan-born UK-based designer Dolly Quinter has run her fashion business successfully despite being born with a reading disorder.

Dyslexia is a condition that involves difficulty in learning to read or interpret words, letters and other symbols, but that does not affect general intelligence.

Dolly, as she is fondly known by her family, was diagnosed with dyslexia after her mother detected she was misbehaving while in school.

Speaking to the Star, Dolly recounted her journey.

“My mother detected I was very badly behaved in school but good at home, and did not quite understand why,” she said.

So the mum requested her teacher to dig deeper into the matter.

Dolly was the class clown and among the popular kids in school. When it came to expressing herself verbally, she was unstoppable, but her written work was sketchy.

Even though she was always in the bottom sets in school, her teacher would say she was smart but didn’t apply herself or work hard enough.

“My loved ones tried everything, private tuitions after school class, but it was not working.”

It’s only after Dolly got a patient teacher that she was able to catch up. Sadly, that’s when she was discovered to have dyslexia.

The fashion enthusiast is forever grateful to her family as they always supported her and never made her feel like an outcast.

“I think with my big personality, you couldn’t put me down as I have always been a character, and I was forever told by my loved ones I was special,” she said.

It also helped that she had a supportive teacher with her for most of her lessons. Dolly, however, added that she did not get the same support while studying in Kenya.

“When I went to Kenya to study, kids were a lot less empathetic on the situation. I guess it was lack of awareness, but again, I pushed along because of my personality and witty charm.”

“At that moment, I knew I would not be pursuing higher education, and from a tender age, I have always been very creative.”

Being a dyslexic has come with its fair share of challenges, but that has not dampened Dolly’s spirit as she is determined to give her fans the best service.

“I never take anything personally and culture plays a big part. I always measure expectations, I never oversell and then under-deliver,” she said.

“I minimise expectations, so I’m always a step ahead, and I made it clear on what I can do and what I can’t. You’d be surprised how many people value honesty and being transparent.”

She has worked with big celebrities such as Shaka Lords, and other clients whom she can’t mention for confidentiality purposes.

To Dolly, advancement in technology has been a lifesaver, especially when family and friends are not around to help.

“With technology, everything is so much easier. Sending voice notes, for instance, and dyslexia apps. And my loved ones are always willing to help, I make it clear to my clients that I have dyslexia.”

Some don’t understand, but most are very accommodating.

“The worst thing about having dyslexia is mixing up dates and times. I have gone to the airport a day late, gone to the wrong airport, missed my fight while being in the airport… But when I look back at the mistakes made, I have only found methods to help me.”

Her advice to parents with dyslexic children is to not put them down.

“Be accommodating and don’t put so much pressure on them as some people are just not academic and it’s okay, we can’t all be the same,” she said.

“Some of the most successful people of all times have had dyslexia, like Muhammad Ali, Richard Branson and Magic Johnson.”