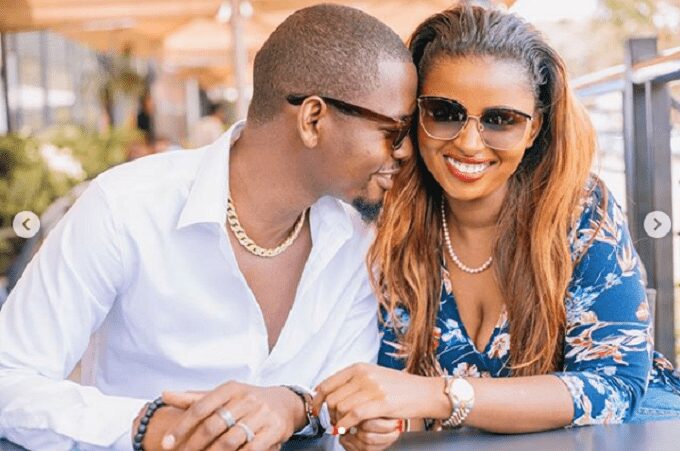 Tanzanian Musician Bernard Michael famously known as Ben Pol has for the first time spoken about the divorce between him and Keroche heiress  Anerlisa Muigai.

In an exclusive 40-minute interview on YouTube, the singer disclosed that he was the one who filed for divorce and that the process has not yet been finalized.

Benpol also disclosed that numerous blog speculations that they had split earlier in the marriage were actually true and that the two had separated for close to a month and a half.

He said the split was serious to the extent that Anerlisa sent him separation papers from her lawyers through email. “Nilikuwa naogopa sana” he commented.

He says they then got back together around November through to December, but it did not last long.

This year in February he says, things went south again explaining that they would go a month without talking. He also shared that for him he did his best to mend the relationship.

He says that the letter that was written to him in form of an NDA, was written out of fear, that he would share information concerning his soon to be ex-wife Anerlisa.

When asked if he still has feelings for Anerlisa he said that at the moment he doesn’t but he wishes her the best. “Kwa sasa simfeel but namtakia Kila la heri”
Regrading regrets that he has on the failed relationship, Benpol said that there were many signals and gut feelings concerning the marriage and he chose to ignore it.

The two were together since 2018 and had introduced each other to their families in Kenya and Tanzania, and later on held a lavish engagement ceremony in Kenya, after Ben proposed. The ceremony was attended by both their families. The intimate wedding was held in Tanzania weeks after Anerlisa’s younger sister Tecras’ death.