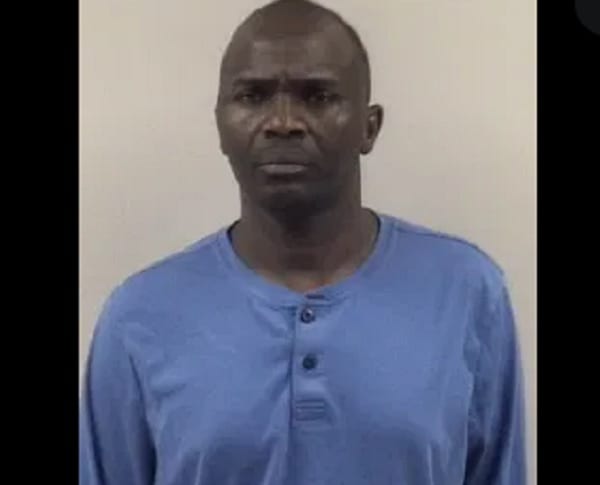 A Kenyan Diaspora man Joseph Ngigi Kariuki has been sentenced to two decades in a US prison for rape. Ngigi, 49, was at the time of the incident an employee at Brookdale Senior Living.

He was convicted on Thursday by a Johnston County Jury and sentenced to prison.

Kariuki, who was arrested in December 2019, was accused of raping a 79-year-old patient at Brookdale Senior Living on Berkshire Road where he worked as a caretaker.

According to the Smithfield Police Department, officers were called to the Brookdale Senior Living facility on Berkshire Road to investigate the assault.

Police officers went to Brookdale Senior Living, at 830 Berkshire Road, shortly before 3am on Thursday, December 19 in response to a reported sex assault, according to ABC news.

Superior Court Judge Clair Hill sentenced the defendant to serve a minimum of 20 years to a maximum of 29 years in state prison.

“The Johnston County District Attorney’s Office is pleased with the verdict and the sentence imposed. We hope that this helps restore some measure of dignity to this incredible lady whose life was full of such tremendous love. Our office also hopes the victim’s family members find a measure of justice in this outcome,” said Assistant District Attorney Caitlin Slavin.

“We are now confident that this predator will never again be able to harm a member of our community.”

“We are saddened by these allegations, as having the trust of our residents and their families is extremely important to us,” Brookdale administrators said in a statement then.

It added that they take the safety and well-being of its residents very seriously. “Inappropriate conduct or behaviour is never tolerated and is dealt with swiftly,” the facility said.

“Our company has thorough employment standards in place, including background checks, complying with state rules and regulations, and ongoing training of employees. Our hiring policies were followed in regard to this individual.”

Police charged Kariuki with second-degree forcible rape and he was being held in the Johnston County jail under Sh10 million ($100,000) bond.