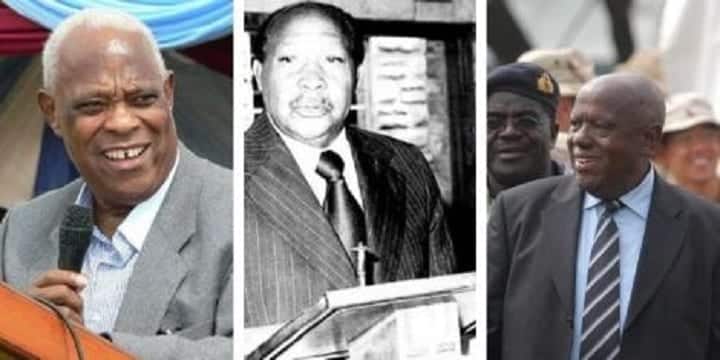 Kiambaa constituency in Kiambu prides itself on being one of the areas which have been led by wealthy politicians.

Mbiyu Koinange served as a member of parliament for Kiambaa Constituency from 1963 to 1979 under the umbrella of KANU. During his tenure, he served in the government and cabinet of Jomo Kenyatta holding powerful positions as Minister of State for Education, External Affairs, Pan-African Affairs, as well as Minister of State in the Office of the President.

Mbiyu Koinange died in September 1981 leaving a Ksh 17.4 billion estate which was bequeathed to his two widows and ten children.

His vast estate included over 5,000 acres of prime land in Nairobi, Kiambu, Nakuru, and Mombasa as well as shares in hotels, agriculture, and manufacturing industries, among others.

Njenga Karume became the MP for Kiambaa in 1979 under KANU Party.  He led the constituency till 1992 where he was defeated by Ford-Asili candidate J Kamau Icharia.

He took another stab at the legislative post which he reclaimed in 1997 and led for a five-year term up to 2007.

Before his death in 2014, his wealth was estimated to be Ksh 40 billion. It included a chain of high-end hotels, real estate, coffee and tea plantations, manufacturing, shares in blue-chip companies.

Since his death, though, his business empire has been facing collapse due to the huge debts that the billionaire politician left behind.

Stanley Munga Githunguri took over the mantle of leadership for Kiambaa in 2007. He is a successful businessman who reportedly owns a number of assets including the Lilian Towers building which consists of a five-star hotel and Nakumatt Ridgeways which is located at the border of Kiambu County with Nairobi County.

Githinguri’s reign ended in 2017 when the late Paul Koinange was elected the MP for Kiambaa with a Jubilee Party ticket.

Paul Koinange succumbed to Covid-19 in March,31,2021. Up to his death, his net worth was not fully made public, but from his experience working in the different government and public sectors, Koinange is believed to have had a good fortune for himself.

His death has ignited a political contest between President Uhuru Kenyatta and his Deputy William Ruto.

The candidate who will win will determine if the billionaires’ chain breaks or will continue.

Video:Obama leaves US for Kenya

How to go about your land investment amidst Covid 19 Pandemic