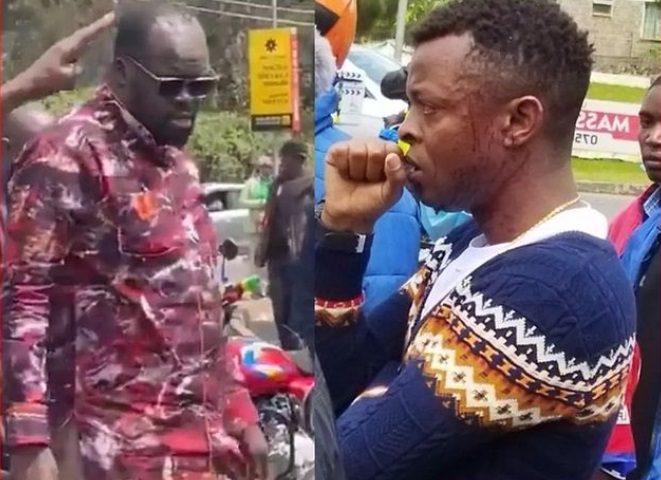 According to Citizen, Alai has been detained at the Kilimani Police Station for hitting the singer with a club.

In one of the viral videos of the altercation between the two individuals, Ringtone is seen standing on the window and bonnet of his Range Rover asking why Alai had hit him.

Alai is also seen getting out of his car holding a Rungu on his hand as people gathered around trying to stop them from going at each other.

Reports say the two accused each other of obstruction in the melee that started from Loitoktok Road to Dennis Pritt road and  later Likoni Road where the altercation is seen.