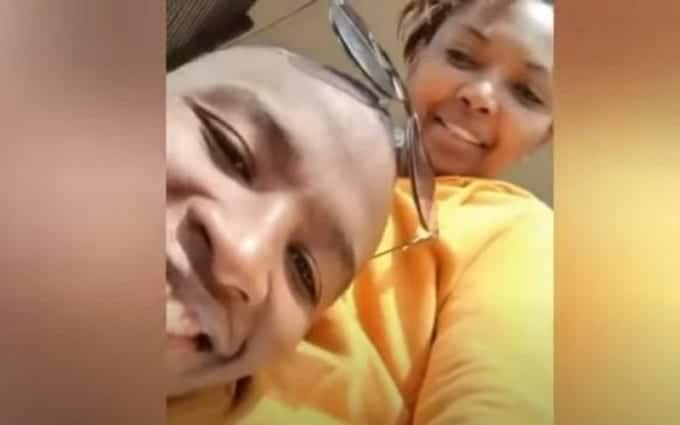 On Monday night, Nyamu alleged via her Instagram her baby daddy, who is a renowned musician, had beaten her up.

“I have been beaten. Women are stupid. We have to teach these guys a lesson. I have never experienced such (physical abuse), I only read about it. I am in shock. My daughter is in shock. She is crying,” claimed Nyamu.

She also showed her fans a damaged phone and claimed he had also vandalised it.

Come Wednesday night however, Nyamu, in an Insta-live session with Kelvin Shaban revealed Samidoh sent her a new Iphone 12.

“I got another phone today, an Iphone 12. Your friend (referring to Samidoh) sent the phone,” she said.

She however maintained her intent to pursue charges against her.

On Monday, Nyamu said trouble started when Samidoh accused her of cheating on him.

“Someone told him that I was seen in Mombasa with a man as if my colleagues are all female,” she added.

Samidoh is yet to comment on the matter, amid speculation on whether the allegations are true or not.