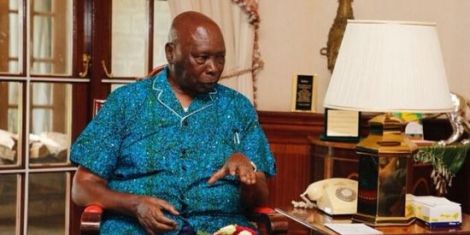 The late President Daniel Arap Moi withdrew from public glare and retreated to a quiet retirement, spending time at his posh Kabarnet Gardens residence in Nairobi as well as Kabarak, where he would host visitors.

Moi lived in opulence and was one of the most protected Kenyans. His death opened the gates into his home as several leaders streamed in to offer their condolences to his family.

This also presented many an opportunity to have a rare view of the highly guarded fabulous house.

Reports have it that Moi moved into the house upon being appointed as a vice president by Mzee Jomo Kenyatta in 1967. The premises was the official residence for vice presidents, however, Moi did not vacate for Mwai Kibaki when he appointed him VP after the late head of state ascended into the presidency.

When Kibaki ascended to power in 2002, he directed the government to build a new house for vice presidents in Karen, which is currently occupied by Deputy President William Ruto.

Located near Kibera slum, along Ngong Road, Nairobi, the garden has a security checkpoint at the entrance, where officers man a barricade.

The palatial home, a one storey building, is surrounded by neatly cut flower beds, palm and sisal trees. It also has an enormous lawn rich with vegetation, a characteristic that describes Moi’s love for the environment.

Its pathways are tiled with cabro, unlike other palatial residences which are usually tarmacked.

On the inside, the walls are painted cream and the chandeliers are gold in colour. Moi’s portrait, symbolising a youthful handsome man also hangs on top of the fireplace.

Alongside the portrait is a Jewish menorah. The menorah is one of the most adored Jewish symbols. The visiting room has brown stools and seats and its floor is covered with a red carpet.

The residence has huge block windows, spiced up with white nets and pink curtains. Flower vases can also be spotted hanging near the windows.

Moi operated from State House during the day and retreated to the gardens to enjoy some peace at the lush lawns.

“Not a single day for all the time I knew him and worked with him did he ever sleep in State House. He always retreated to Kabarnet Gardens whenever he was in Nairobi, and Kabarak when in Nakuru.

“He wanted to be close to the people. He came from a very sound Christian upbringing, which predisposed him to care and concern for the poor. He never forgot where he came from, hence the name Kabarnet Gardens,” former State House Comptroller Franklin Bett stated on Wednesday, February 5. 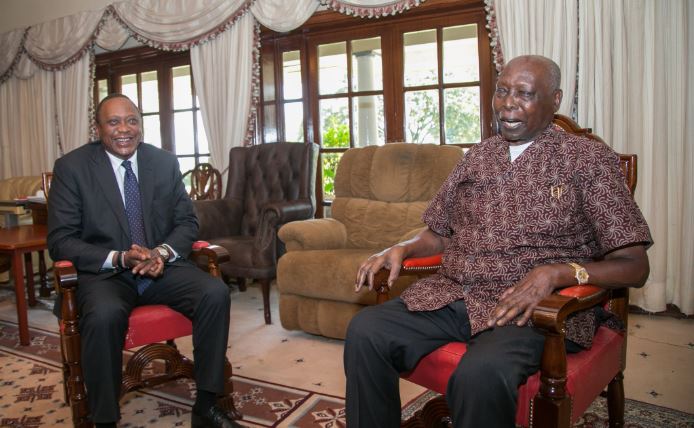 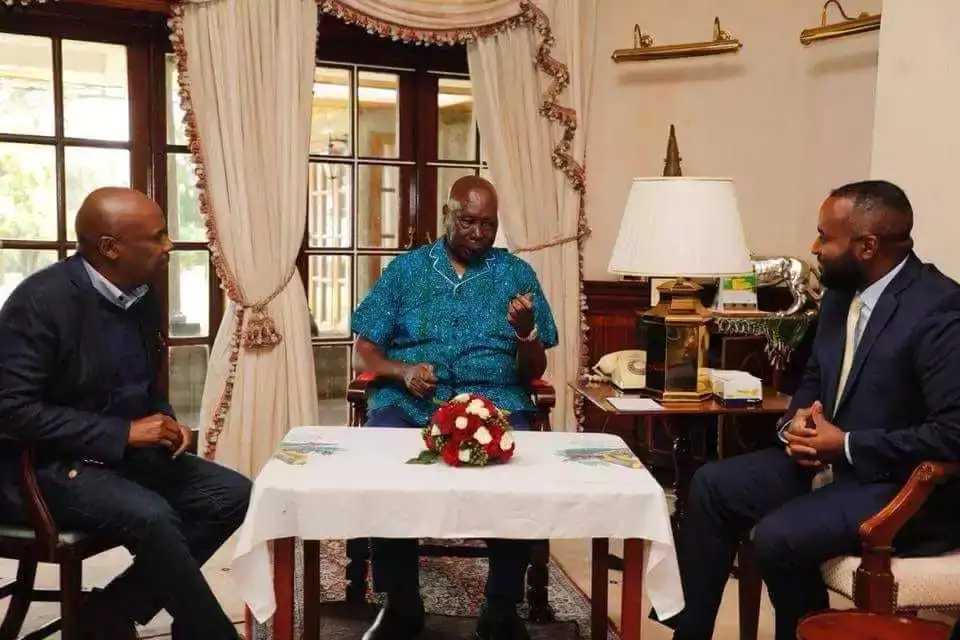