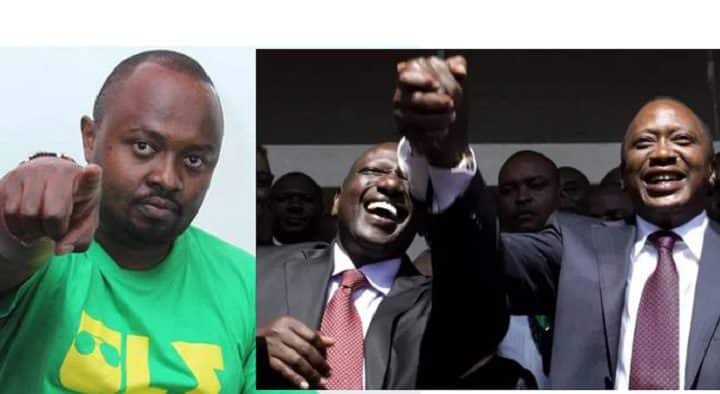 Renowned Kenyan comedian Jaymo ule Msee has written a hard-hitting letter to President Uhuru Kenyatta and his deputy William Ruto, asking them to get their house in order and unite Kenyans as they promised during their campaigns in 2013 and 2017.

In the open letter posted on his Facebook page, Jaymo urged the two leaders to work together adding that the exchange between the President and the DP’s camp is creating tension among the youth in the country.

“Dear President Uhuru/Deputy President Ruto, I come to you as a young Kenyan who supported you and campaigned to have you lead us! Kindly spare us the drama festivals that you are subjecting us while serving in the same Government.

“Mlituambia tuwachague mbadilishe maisha yetu! Kama mko na issues either mkae chini msort out kama watu wawili wazima or you stop this antics and tactics that are dividing the many young Kenyans that woke up to vote for you. Whether for politics or anything whatever is happening in this country championed by both your foot soldiers is very dangerous for this country,” he said.

Jaymo reminded the two leaders of their past trips to the International Criminal Court (ICC), adding that if any trouble occurs in 2022, they may find their way back to The Hague. He urged the two leaders to calm their teams and work together for the benefit of Kneyans who elected them.

Jaymo Ule Msee was one of the many celebrities that took part in President Kenyatta and DP Ruto’s campaign entertainment events.

Meanwhile, the differences between the President and his DP seem to be irreconcilable. During a recent interview, the President urged the DP to resign and stop criticizing the government he is part of.

Responding to the President, the DP noted that he will not resign since he still has a mandate to deliver to Kenyans who elected him.