Family of serial killer Masten Wanjala Disowns Him, Refuses to Bury His Body 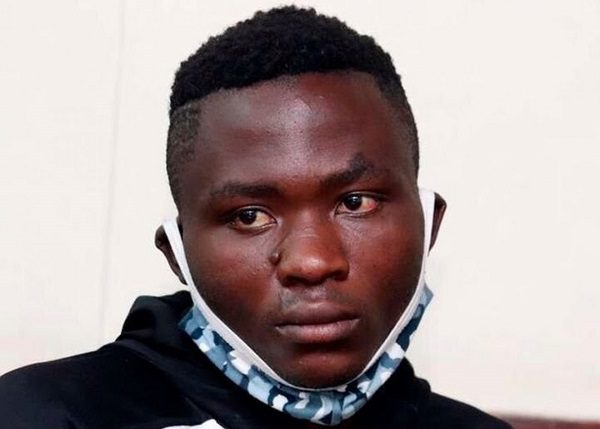 The family of self-confessed child serial killer Masten Wanjala has reportedly refused to bury him over fear of attracting curses.

The government through the local administration directed the family to finalise with any pending medical tests and bury their keen, but they have been hesitant.

Initially, the family through Masten’s father Robert Wanjala Watila had appealed for help to bury the deceased, but it now appears that they have a change of tune.

Speaking to the Nation, Mukhweya Assistant Chief Abiud Musungu said if the family does not bury the deceased as directed, the government will move in and bury him.

“The family changed tune suddenly and disowned the serial killer immediately he was lynched. His father had asked for forgiveness on behalf of his son from the families of the victims…and even asked the State to give him the body to bury,” Musungu said as quoted by the local daily.

The late Wanjala made headlines after he confessed to the murder of 13 children aged 15 and under between 2014 and 2021.

Kenyan woman shot on suspicion of being serial killer…

Inside the Personal Life of Ivy Wangechi’s Killer…

He was arrested by detectives from the Directorate of Criminal Investigations (DCI) in July this year, after a trail on the disappearance of two children in Nairobi led sleuths to his whereabouts in Kitengela.

The suspect revealed to the detectives that he was behind the killing of Charles Opindo Bala,13, and Junior Mutuku Musyoki, 12, who disappeared on June 30 and July 7, 2021, respectively.

Following his arrest, he was arraigned in court which directed that he be held at Jogoo Road Police station as his case was being heard.

It is at Jogoo Road police station that he managed to escape and travel to Bungoma, his home county, where he was lynched by an angry mob a week ago.

Family of serial killer Masten Wanjala Disowns Him, Refuses to Bury His Body

Criminals escape with six guns after attacking Pandanguo in Lamu