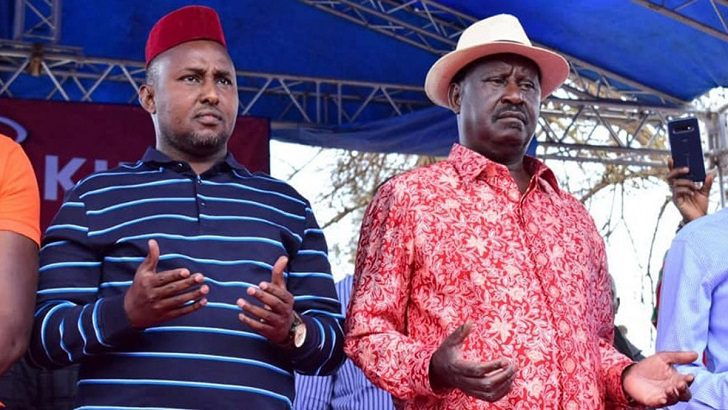 ODM Secretary General Edwin Sifuna has urged Kenyans not to take seriously recent remarks made by MP Junet Mohammed; regarding the composition of Raila Odinga’s government should he win the presidency in 2022.

Speaking during a recent event in Nyamira County, Junet noted that if Raila wins the 2022 Presidential election, the government will be for the Nyanza people.

According to Junet, the Nyanza region has suffered for many years; therefore, a Raila win will be like redemption for the region.

“If Raila wins the government will be owned by the people of Nyanza. I don’t want this to get to the media, Mutahi Kagwe will be upset. Though even you and your people have enjoyed power for more than 20 years, this round the government is for Nyanza locals. Mutahi you will soon come back here as a visitor,” Junet said.

Junet’s remarks elicited backlash online, with many criticizing him for contravening his boss Raila Odinga, who has been traversing the country campaigning on the unity and inclusivity agenda.

Following the backlash, Sifuna intervened, noting that Junet was joking and should not be taken seriously.

According to Sifuna, Raila is keen on unity the country and the same will be seen in the composition of his government should he assume power in 2022.

Meanwhile, a section of Mt Kenya leaders also reacted to Junet’s remarks, noting that being a close ally of the ODM leader, his pronouncement should not be ignored.

“If you listened to the Junet Mohammed video, you will understand why Mt Kenya is demanding 40% share of government and everything. Na tutiraguagua ! Before you say we have enjoyed power for I don’t know how many years, wekelea 40% first. Haiiiiiya!” Gatundu South MP Moses Kuria said.

Former Nominated Senator Isaac Mwaura laso weighed in on the debate noting that: “Junet is an honest man. He has disclosed what’s being planned against Mt Kenya by ODM. That’s honesty, just like what he said sometimes back about me and persons with albinism bleaching their skin in order to be nominated. Who needs a friend like him? Now we know.”