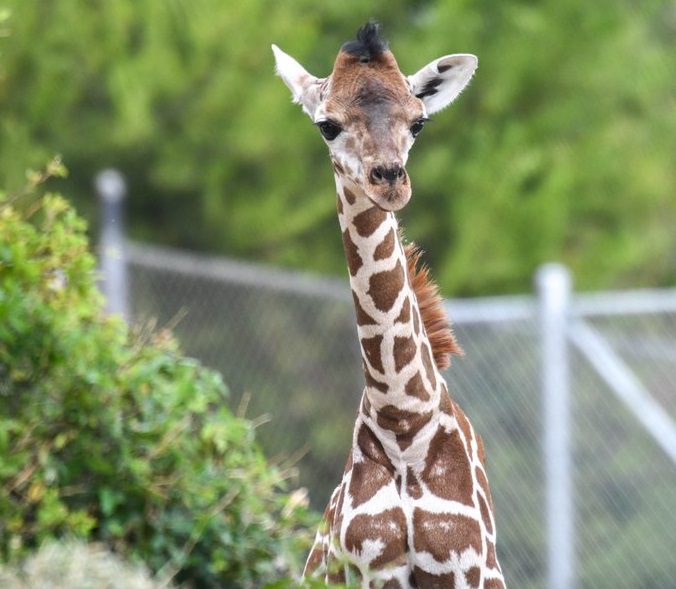 The young giraffe was born on September 15, and taking to social media, the animal conservation facility requested netizens to suggest a name for it.

Yesterday, they announced that they had found a name for the young giraffe courtesy of netizens.

“Here she is… Njeri! The OKC Zoo is thrilled to announce that its new giraffe calf has a name- Njeri which means warrior.

FaceApp security concerns: What you need to know before…

“We appreciate everyone who participated in our online contest to help name Julu’s calf. Come see Njeri, Julu and the rest of the Zoo’s giraffe herd soon!” The zoo tweeted.

However, the meaning of the name Njeri as described by the Zoo elicited mixed reactions among Kenyans.

While a section, congratulated the Zoo for giving the giraffe a Kikuyu name, others called them out for getting the meaning of the name wrong.

“Njeri here in Kenya is a Kikuyu name directly translated as roamer, or one who roams. If you got it from another country or culture – please let us know which one,” one Twitter user stated.

“Njeri DOES NOT mean warrior. Njeri is a Kikuyu name so please be verifying your translations with native speakers. Google translate is not always correct,” Kate Njoroge noted.

“Wonderful news! #TeamNjeri we scooped the honors! May giraffe calf ‘Njeri’ live long to inspire the conservation of her species,” Paul Udoto opined.

“Njeri would mean one who goes visiting. From Muceri,” Wanjohi Githae added.

While Google gives the meaning of Njeri as, “baby born to a warrior”, Kenyans seemed to differs, arguing that the translator is wrong.

A source who spoke to Nairobileo.co.ke revealed that the meaning of the name revolves around; vagabond, wanderer, traveller, or tourist.

Tempted to give up: If only you knew what pastors go through