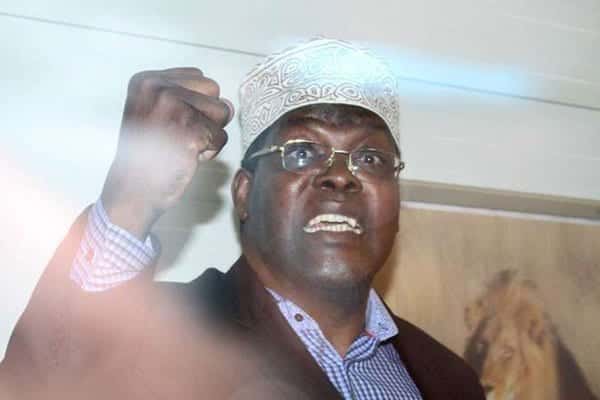 Canadian based Kenyan lawyer Miguna Miguna has sued the government to lift a red alert it issued to airlines not to carry him back to the country.

In his petition filed at the High Court through lawyer John Khaminwa, Miguna stated that he is planning to come back to the country on November 16 but fears that no airline will carry him following the red alert issued by the government in January 2020.

“Miguna is a Kenyan citizen by birth and has right to enter the country any time he wishes. He wants to come back to his country of birth but the red alerts issued by the airlines cannot allow him to travel and return to Kenya,” said Khaminwa.

Khaminwa told the court that they had already made plans led by retired Chief Justice Willy Mutunga and Law Society of Kenya president Nelson Havi to travel to Canada and accompany Miguna back home but they fear no airline will allow him to board their plane.

He wants the court to issue the order directing the government and all international airlines to allow Miguna travel back on November 16 as planned.

Miguna who has a dual citizenship of Kenya and Canada was deported on February 6 2018 after the government claimed that he was not a Kenyan citizen.

He however filed a petition at the High Court where the court declared that his deportation was illegal and unconstitutional.

Miguna made his first attempt to return to the country on March 26 2018 but was denied entry upon reaching Jomo Kenyatta International Airport and returned to Canada.

His second attempt to come back to the country was in January 2020 but upon reaching Germany, he was denied boarding rights on Lufthansa Airline to travel to Kenya on account of a red alert issued by the government to airlines to stop him from traveling to the country.

But Dr Khaminwa argued that the red alert is unconstitutional and a violation of the court order which directed the government to allow the lawyer return to his country of birth.

“Miguna is entitled to enter Kenya as a matter of constitutional right and by virtue of several court orders. He has already booked an air ticket to travel from Canada via Germany and France to land in Kenya on November 16,” said Khaminwa.

He pleaded with the court to issue the orders lifting the red alert and allow the former CJ and LSK president to also plan for their journey to Canada to accompany Miguna back home.

The ruling will be delivered on tomorrow (Friday) by High Court Judge Hedwig Ong’udi.

For Trump,Separating Immigrant Families Gives Him Leverage In Talks