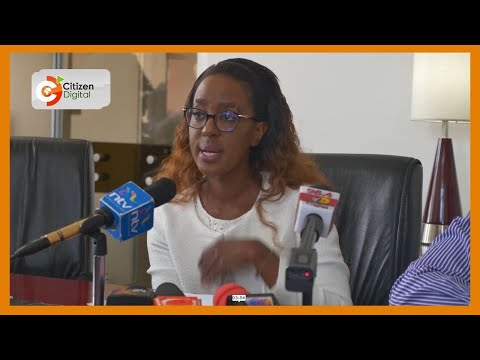 Former Machakos County First Lady Lilian Ng’ang’a is now calling on the government to institute criminal investigations against her ex-husband Governor Alfred Mutua whom she accuses of threatening her life. In a press briefing Thursday morning, Lilian, who was accompanied by lawyer Philip Murgor, made damning allegations, claiming that Governor Mutua had vowed to “finish” and “crush her to ash,” following their separation a few months ago.

According to individual statements released on Sunday, August 15, 2021, Lillian Nganga  confirmed she no longer wanted to serve as Machakos County’s First Lady.

While revealing that they had parted ways two months earlier, Ms Nganga said: “Winds of change blew her way and had decided to end the long-term relationship with Dr Alfred Mutua. “We had a good run, and I am grateful to God, he brought us together. We remain friends.”

And for good measure, she also posted a picture of herself and Juliani tightly holding each other.

Kenyans in the Middle East selling ‘chang’aa’ to…

The two were smiling.

In a statement, Nganga had officially relinquished her role as the County’s First Lady, while Mutua suggested in a separate interview that he was open to dating again. He also confirmed ladies had been texting him on his social media pages.

At the same time, there were suggestions that Juliani, known for producing hits such as Utawala, Hela, and Niko Juu, has been seeing Nganga for some time.