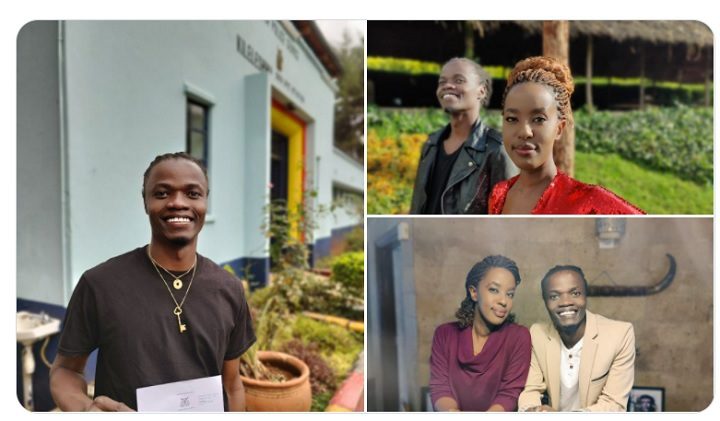 Musician Julius Owino, popularly known as Juliani, on Thursday recorded a statement at Kilimani Police station over an alleged threat to his life.

My very good friend @JulianiKenya was threatened yesterday. Someone called him and texted using 0773912088. He told him to stop posting pics posed with his friend @LillyanneNganga, and if he continues, they will kill him. He has recorded a statement at Kileleshwa Police Station. pic.twitter.com/9TTQ4aW9Qu

The musician said the threats stemmed from his links with Lilian Nganga, the ex-wife of Machakos Governor Alfred Mutua.

The couple recently announced that they had split and that she would no longer serve as Machakos First Lady.

On Wednesday evening, Juliani posted a veiled message about the threat on social media, saying:

Mr Mutua and Ms Nganga, in separate posts, said they had parted ways amicably after enjoying a long-term relationship with each other.

“Winds of change blew my way and two months ago, I decided to end my long term relationship with Dr Mutua. We had a good run and I am forever grateful to God He brought it together. We remain friends,” Ms Nganga posted on her Instagram page.

A few hours later, the governor acknowledged the split and their decision to remain friends.

“Lillian and I have been a blessing to each other. Two months ago, we decided to slowly disengage. We are on amicable terms and remain very close as friends. We will continue to talk, meet and share ideas constantly,” he said.