A young athletics fan has gone viral for using Google Translate to request a shirt from Kenyan runner Felix Korir at the 2022 Under 20 World Athletics Championships that ended on Sunday, August 7, in Cali, Colombia.

In the images that have been shared widely on social media platforms, the boy  is seen holding a placard with Swahili words requesting Korir to give him his jersey.

“Habari, mimi pia ni mwanariadha, na ningejivunia kuvaa shati Kenya katika mbio zangu, ungenipa?” (Hello, I am an athlete too, and I will be proud to wear a Kenyan jersey during my races,” read the statement written on the placard.

Felix  Korir is then seen approaching the white boy and voluntarily handing him his jersey as the fans around them cheer in appreciation.

Felix  has received a lot of praise online including from the former Kenyan international Barnabas Korir who doubles up as the Youth Development Director at Athletics Kenya for his heartwarming gesture.

Some of the netizens lauded Korir for being a patriotic Kenyan ambassador during the international showpiece while others described his act as one that unites people regardless of their race, nationality and dialect.

Kenyan man Jacob Simatwa who died in US came on athlete… 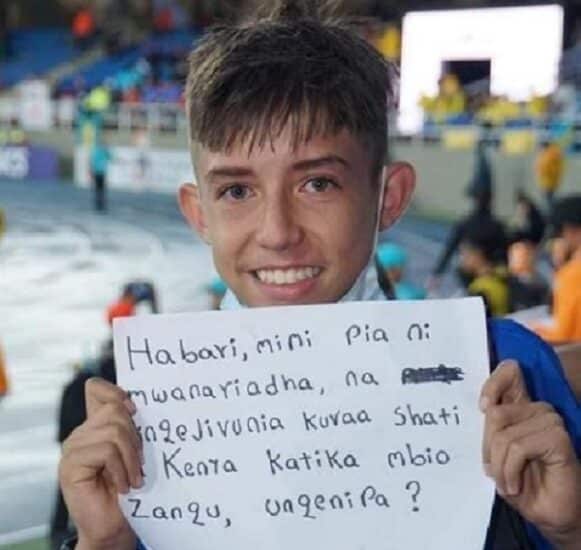 Korir won a silver medal for Kenya in the championships when he clocked a personal best time of 7:47.86 to finish second behind Ethiopia’s Melkeneh Azize who crossed the finishing line in 7:44.06.

Another Kenyan representative in the race Edwin Kimosong Kisalsak settled for bronze in a personal best time of 7:49.82.

At the 2020 edition, Kenya finished at the top of the log standings with 16 medals (8 gold medals, 1 silver medal and 7 bronze medals). Finland and Ethiopia finished second and third respectively in a championship that athletics powerhouse the United States did not grace due to pandemic related concerns

Despite the dismal performance in Cali, Korir’s gesture to the young Colombian fan was one of the memorable moments of the championships. 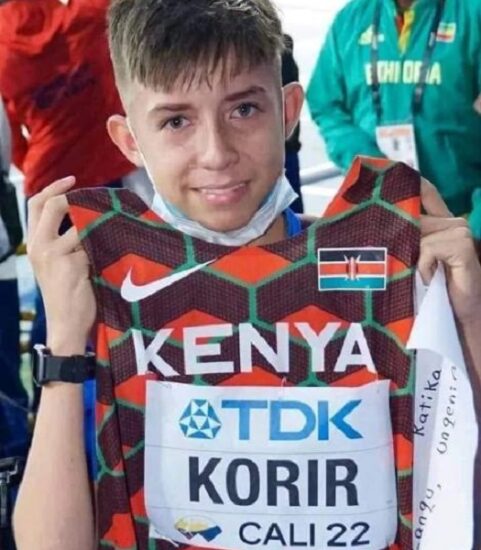