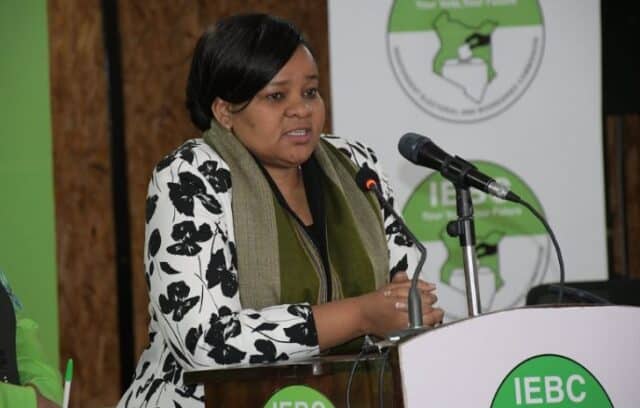 Four IEBC commissioners led by vice chairperson Juliana Cherera have explained the reasons as to why they rejected the presidential result announced by IEBC chair Wafula Chebukati on Monday, August 15.

In a press briefing on Tuesday, Cherera said that the percentage of the total number of votes garnered by the four presidential candidates exceeded 100 percent.

Speaking alongside commissioners Francis Wanderi, Justus Nyangaya, and Irene Masit, Cherera said that the total percentage was 100.1 percent and the 0.1 percent represented over 140,000 votes.

The IEBC vice chairperson said that the 0.1 percent would make a big difference in the final tally hence the four disowned the result.

“The aggregation of the percentages of the result scored by the four presidential candidates who were on the ballot as declared by Mr. Chebukati presented to us a mathematical absurdity that defies logic,” Cherera stated.

Cherera added that the total percentage casted doubt on the source of the figures maintaining that when they demanded for verification, Chebukati declined.

“The aggregation resulted in a total exceeding 100 percent which cast doubt on the accuracy of the source of the figures tallied and when we demanded that we verify our record the chairman declined and insisted on declaring the said result,” Cherera stated.

She added that the presidential result announced by Chebukati belonged to himself and did not represent the electoral agency.