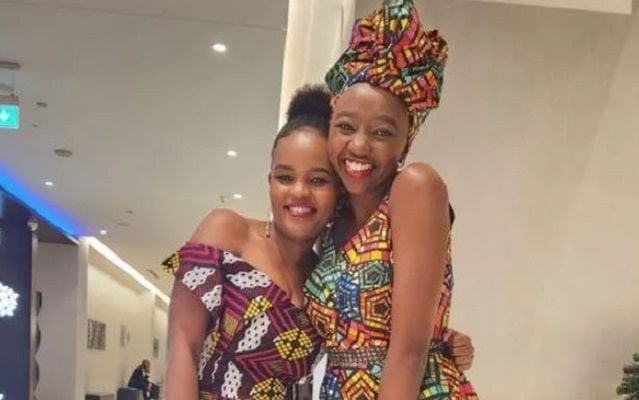 The appointment made through a gazette notice dated Friday, January 20, indicated that the youthful Njoki will be in office for a period of three years starting from Monday, January 23, 2023.

“In exercise of the powers conferred by section 4 (f) of the Kenya Ports Authority Act, as read together with section 51 (1) of the Interpretation and General Provisions Act, the Cabinet Secretary for Roads and Transport appoints the aforementioned,” read part of the notice.

Njoki Wa Mathira is among the few people that hang around President William Ruto’s daughter, Charlene Ruto. In several posts online, the two refer to each other as sisters.

During Njoki’s graduation in December 2022, Charlene stated, ” My baby sis did it. She has the power to read and write. So proud of you Njoki Wa Mathira for being a good example to our youth.”

Additionally, during Charlene’s birthday in January 2023, Njoki stated, “Happiest birthday my big sister Charlene Ruto. You are brilliantly growing so strong with a touch of elegance. Your aura and charisma have you out here doing what you do best just being young.”

Charlene Ruto: “It is true I used to run smokie…

Njoki has also been accompanying Charlene for trips outside the country, including Ghana and Morocco where they visited local schools among other places.

“I will greatly take up this role to impact purposeful change and deliver our promises to Kenyans. To all my friends and support system, thank you,” Njoki shared on Saturday, January 21.

“I am truly grateful to the president, his deputy and the CS for bestowing their trust upon me to deliver in my capacity and in the respective area assigned to me,” she added.

Others appointed alongside Njoki were Musa Osman, Emmanuel Kibet, Consolata Lusweti, and Lucas Maitha. Murkomen also revoked the appointment of five other appointees.