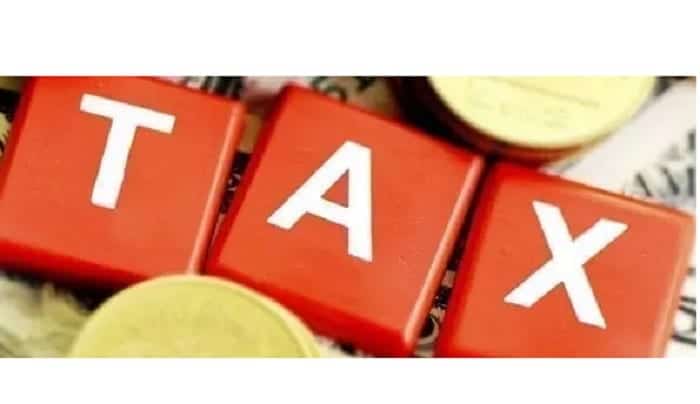 Kioko Frank December 24 at 12:41pm Reply
Merry Christmas! I’m a Tax accountant and the CEO of Frank Tax & Financial services LLC. We file taxes in all the 50 states. Tax season is around the corner and I can’t imagine a better way of serving my FB friends but to share with you some of this year’s tax changes.

Uncle Sam passed two significant pieces of tax legislation this year. The American Recovery and Reinvestment Act which has over 300 changes to the Internal Revenue Code. The $787 billion stimulus package signed into law on Feb 17th 2009 by president Obama contains nearly $300 billion in tax relief and incentives to jump start the economy out of recession.

Later in November, Uncle Sam passed the Worker, Homeownership and Business assistant Act. Under this Act, most businesses may use losses incurred during the economic downturn to reduce income from prior tax years. The $21 billion revenue relief benefits are applicable to any taxpayer with business losses, except those that received payments under the T ARP. Taxpayers under the procedure may elect to carry back a net operating loss (NOL) for a period of three, four or five years, or a loss from operations for four or five years, to offset taxable income in those preceding taxable years.

It’s not possible to cover all the changes but we are willing to help you take advantage of this year’s tax benefits, wherever you are, we can help we do taxes in all 50 states.
Students Benefits: The new credit modifies the existing Hope Credit for tax years 2009 and 2010, making the Hope Credit available to a broader range of taxpayers, including many with higher incomes and those who owe no tax. It also adds required course materials to the list of qualifying expenses and allows the credit to be claimed for four post-secondary education years instead of two. Many of those eligible will qualify for the maximum annual credit of $2,500 per student. The full credit is available to individuals, whose modified adjusted gross income is $80,000 or less, or $160,000 or less for married couples filing a joint return. The credit is phased out for taxpayers with incomes above these levels. These income limits are higher than under the existing Hope and Lifetime Learning Credits.

Residential Energy Property Credit: Taxpayers who take energy saving steps this year may get bigger tax savings next year. The Non-business Energy Property Credit, a tax credit for making energy efficient improvements to homes has the new law increases the credit rate FROM 10% to 30% of the cost of all qualifying improvements and raises the maximum credit limit to $1,500 claimed for 2009 and 2010 combined. The credit applies to improvements such as adding insulation, energy-efficient exterior windows and energy-efficient heating and air conditioning systems.
Making the work Pay Credit: This tax credit means more take-home pay for millions of American workers. Here are five things the IRS wants every taxpayer to know about the Making Work Pay tax credit: Taxpayers who fall into any of the following groups should review their tax withholding to ensure enough tax is being withheld. Those who should pay particular attention to their withholding include: Married couples with two incomes, Individuals with multiple jobs, Dependents, Pensioners, Social Security recipients who also work, Workers without valid Social Security numbers. Having too little tax withheld could result in potentially smaller refunds or in limited instances –small balance due rather than an expected refund. For those who believe their current withholding is not right for their personal situation, can seek a professional advice just to make sure they are doing the right thing.
Monetary Donations: To deduct any charitable donation of money, regardless of amount, a taxpayer must have a bank record or a written communication from the charity showing the name of the charity and the date and amount of the contribution. Bank records include canceled checks, bank or credit union statements, and credit card statements. Bank or credit union statements should show the name of the charity, the date, and the amount paid. Credit card statements should show the name of the charity, the date, and the transaction posting date. Donations made to non registered charitable organizations are not tax deductable.

GA TAX CREDIT: The amount of the credit is $1,800 or 1.2 percent of the purchase price, whichever is less. You can claim one-third of the credit every year for three years beginning with 2009 tax returns. No income restrictions and you don’t have to be a first time home buyer to qualify; it’s available to all buyers who close by Nov. 30, 2009.

Never Received Your Refund from IRS? The Internal Revenue Service is looking for taxpayers who have not received their checks. About $123.5 million is being held by the IRS waiting for the owners to claim. In case you changed your address and never received your tax refund check, the IRS is eager to get this money into your hands, so don’t delay or if you think you are missing a refund, contact the IRS office by calling 1-800-829-1954. Or simply update your addresses with the “Where’s My Refund?” tool on IRS.gov.

For questions, concerns or clarification, you can contact our office; Frank Tax & Financial services LLC on phone # 770-499-8297. We will be happy to serve you; we prepare tax returns for all customers in all states.