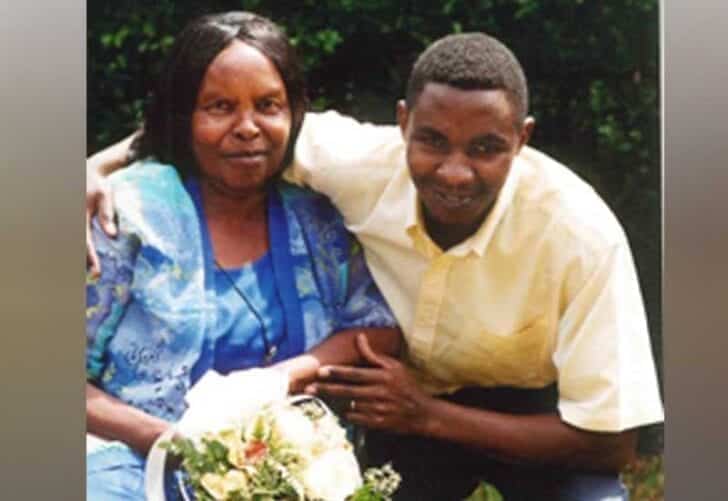 The Umira Kager clan has vowed to block the burial of late veteran politician and freedom fighter Wambui Otieno  in Upper Matasia Ngong.

Speaking to journalists, the Luo council of elder’s chairman Mr. Willis Otondi demanded that her body be interred at Nyalgunga village, in Siaya County.

Otondi said the clan will marshal every support to ensure that Wambui is laid to rest next to her late husband SM Otieno.

The family further maintains that they still recognize Wambui as their sister in law and would resist attempts by her second husband Peter Mbugua to have her body intered elsewhere.

The family also threatened to denounce the children of the late freedom fighter  if they go against the wishes of the  clan.

The late SM Otieno’s younger brother said that burying Wambui Otieno in the outskirts of Nairobi showed that the children did not recognize the legendry lawyer as their father.

Speaking at his home, Mr. Joash Ochieng Ougo  said “I will assume that my brother died a bachelor, and did not have any children and this will cut our links because they have gone against the Luo customs,” declared Ougo.

He also pointed out that the children were free to make their own decisions since they were adults.

“The children have never come home since my brother was buried 25 years ago, this clearly indicates how they have neglected their home”, added Ougo.

He also said that according to Luo customs and traditions, a spouse should be interred next to her husband’s grave.

The controversial politician had prepared her grave 22 years ago on a six acre piece of land in Matasia, Ngong next to her late husband’s would be mausoleum which contains an empty coffin.

Mrs Wambui Otieno Mbugua, 75, captured media headlines in July 2003 when she married stonemason Peter Mbugua who was then only 25.

Wambui  first rose to prominence in 1986 following the death of her husband and prominent criminal lawyer SM Otieno when she waged a court battle against the Umira Kager clan over Mr Otieno’s final resting place.

This wish cast in concrete 22 years ago on the mausoleum of the prominent lawyer on their six-acre farm at Upper Matasia perhaps best captures the character of the 75-year-old former freedom fighter who died on Tuesday. (Read: Wambui had dug her grave 20 years ago)

The wish was her way of carrying on with the protracted legal battle which pitted her against the Umera Kager clan.
Ever defiant and controversial, she constructed the mausoleum, complete with a statue of the legendary lawyer, after he was buried 500km away at Nyalgunga in Siaya County.
The grave is at the entrance of the mausoleum she built in memory of her husband, SM Otieno — a prominent criminal lawyer who died on December 20, 1986.
A Nation team that visited the home yesterday found preparing the compound for the funeral.
After much persuasion, Mr Nicolas Muema, the caretaker of the home, opened the four by four metre room which he said had never been opened to the public except when Mrs Otieno made her customary annual commemoration.
Related Posts
NEWS

In the mausoleum lies a stately concrete-sealed grave, which the caretakers said contained a statue of SM Otieno.
And on the wall were inscribed the immortal words of her love for her husband: “MSAJA (Luo for most honourable), SM, MR. I loved you. My love for you will never die. I fought to fulfill your expressed wishes to the bitter end.”
Perhaps to justify her unwavering resolve to the cause were the biblical words: “A man shall leave his mother and father and shall be joined to his wife and the two shall become one flesh” (Genesis 2:24)
In front of the grave lies a huge statue of the case that pitted her against the Umira Kager clan.
Ingrained in the book-like statue are the words: The Court of Appeal Kenya civil appeal no. 31 of 1987 Wambui Otieno-appealant vs Joash Ochieng Ougo and others.
“Wambui prepared her resting place exactly three years after her husband died. She, perhaps, wanted to avoid burial controversies that characterised her husbands’ death,” Mr Nicholas Muema, the caretaker of the family home in Upper Matasia told the Nation on Thursday.
Source- http://www.nation.co.ke/News/Wambui+grave+stirs+old+rivalries/-/1056/1229010/-/8nktb8z/-/index.html