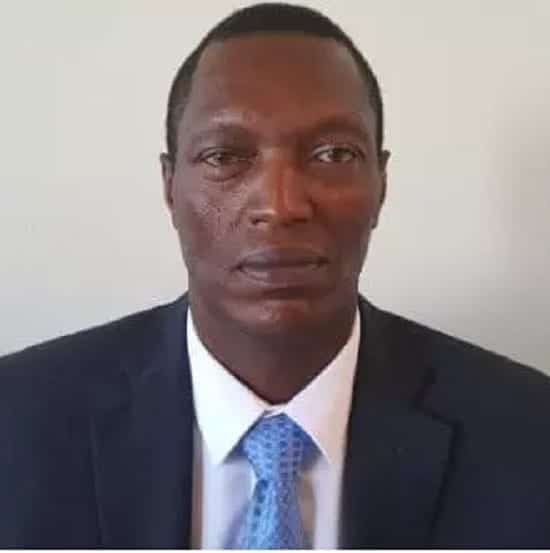 There are a lot of incurable diseases and conditions in the world including AIDS and Cancer, but for Dr. Francis Karanu, diabetes is not one of them.

At least it won’t be in the foreseeable future.

“I work with stem cells and we’re trying to create a cure for diabetes by using stem cells with the idea being that we can take stem cells and we can make them create insulin, so instead of injecting patients with insulin once or twice a day, you can transplant these cells into their bodies and they will be capable of making insulin in their bodies,” he explained.

“Obviously it’s a very difficult feat and there has been some progress, but it’s still a ways until we’ll have a product,” he added.

Karanu earned his undergraduate degree in veterinary medicine from Nairobi University and briefly worked for the government as veterinary research officer before he moved to the United States (US) in 1989 to further his studies.

Help Kenya cancer care to give hope and change lives with…

He moved to Washington and attended Washington State University where he did his Masters program in immunology/cell biology before upgrading it to a PhD.

“My passion has always been research in the medical field, so after finishing my PhD I was looking for an opportunity to work in medical research and one of the areas I did some work in during my education was stem cell biology, which was extremely new and fascinating to me,” he said.

“Stem cells are interesting because in addition to curing diabetes, they can be used to cure a lot of other degenerative diseases including neurological diseases such as Alzheimer’s, Parkinson’s and injuries such as spinal cord injuries,” he explained.

Stem cells have also been used in the past in the treatment of cancer where they’re implanted in patients so that they can grow and multiply until they become new cells that can renew the body’s system.

“It’s a very interesting and challenging field and it’s fairly still new so there are still a lot questions and research to be done,” he noted.

“One of the challenges of doing this research in Kenya is the enormous cost associated with it. In one week here, I’m able to spend thousands of dollars just to buy a product to keep my research going, and I wouldn’t be able to do that in Kenya,” he added.

Karanu hopes that with time, science and technology will become more developed in the future so that the research will become less expensive.

“What I’d like to see happen is a situation where people in a country like the US can do the initial research and work and then they can take those translations and findings to countries like Kenya and make it cheaper because the research wouldn’t cost as much since the heavy lifting would have already been completed,” he stated.

For the last 7 years, he has worked for Johnson & Johnson, a health care company with more than 250 operating companies in 60 countries, employing approximately 118,000 people headquartered in New Brunswick, New Jersey.

He has done research in Kenya, Canada and US but the pride of his research is the work he’s doing now with the cure for diabetes.

“I think we’ve taken something that’s very new and made some significant progress in terms of accomplishments,” he said.

“We’ve had several publications and we have a patent in our names and I think we’ve been very successful in terms of moving this stem cell field forward,” he acknowledged.

Karanu has received numerous awards and scholarships for his work, including a scholarship to complete his PhD which was based on merit, the African Rockefeller dissertation award while completing his PhD and during his post-doctoral he received the National Cancer Institute of Canada (NCIC) Post-Doctoral Award.

Despite all this success, he has found living and raising his family abroad difficult and he is anxious to move back to Kenya.

“Obviously you can do research back in Kenya, but you may not be able to do the same level of research that you’re doing here,” he said.

He also cited the fact that his two children were still in high school and college, making it difficult to relocate back while they’re still in school, but he noted the challenges of raising them in America while trying to reaffirm their Kenyan heritage.

“We let our children know of our roots and we make sure that they talk to Guka and Cucu whenever we call back home. Regardless of how fragmented their language is, they still manage to communicate using their limited vocabulary,” he explained.

“We cook them Kenyan food like githeri, mukimo, chapati, and nyama choma but they hate mukimo because they don’t think it’s as good as macaroni and cheese,” he said.

Other than the challenges raising his children abroad, Karanu admitted that he had a much more difficult time adjusting to America than they did.

“As a Kenyan moving abroad for the first time, the worst time to move is in January and that’s exactly what I did,” he said.

“When we landed, I looked outside the airplane and it looked like July in Nairobi. I thought, ‘it might be a little cold’, but then I started walking out of the plane, and oh my God, I was hit by this cold mass of air and I couldn’t believe it,” he added.

Karanu said that he immediately walked back into the airplane and people were asking him ‘what’s going on?’ and he told them “no, you can’t go out there. It’s way too cold”.

“I’ve never forgotten that moment,” he said shaking his head.

“My friend came to pick me up and he was laughing at me and I really just wanted to get on the next plane and fly back home,” he said.

Although shocked and shaken to his core during his first few days in Washington, he learned to adjust as the reality of being in America completely shattered the perception he had of the country while growing up in Kenya.

“There’s no good way you can prepare for it. Even if you read or hear about it, you can only understand it once you live abroad,” he emphasised.

“When you come to America, a lot of people back home think that you now belong to a different socio-economic status,” he said.

Karanu blames this on some people being unaware of how high the cost of living is abroad.

“In fact, you find that sometimes people in Kenya make a lot more money than people living abroad and yet people who are extremely rich in Kenya still think that people in the Diaspora are just as wealthy if not more,” he stated.

“I think part of it is due to the historical belief of the Mzungu who was always supposed to have a lot of money. Some people actually believe that Mzungu’s can’t be poor, homeless or be a beggar and they would be extremely surprised to find out that many Wazungu’s in America are poor and don’t even have a dime to their name,” he added.

Despite these challenges, Karanu believes that venturing abroad in pursuit of a better life is a good idea for some, but he stressed the importance of being prepared for what to expect.

“Regardless of the location you’re moving to, get as much information about that country as you can. You need to find a person or a friend who lives there and listen to what you can expect,” he advised.

“You need to have a plan and have a clear idea of what you want to do. You must know where you’re going like it’s the back of your hand, because life away from Kenya is very expensive and challenging,” he added.