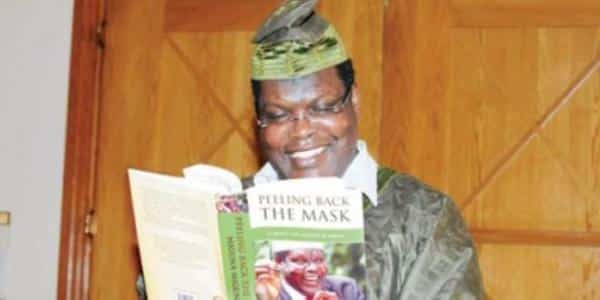 Monday July 23, 2012-Residents of Kisumu town were on Sunday treated to rare drama, after a group of irate youths at the Kisumu bus terminus, frog- matched a Luhya man for spotting him with Miguna’s book Peeling Back the Mask.

​The man who was boarding a bus to Busia town was spotted by youths who were campaigning for a popular presidential aspirant at the park, and he was partly roughed up before engaging in a serious confrontation.
The man only identified as Tom had a rough time convincing the youths that he was a literature teacher and he wanted to get some wits from the controversial memoir.
As the confrontation went on, the man was given a thorough beating and frog- matched to a nearby dumpsite to throw the book.
He was later spotted near the bus park bleeding profusely and with tattered clothes, begging passengers for bus fare back home since his wallet and mobile phone was stolen during scuffle.
Police manning the bus terminus raised the fare and he was taken to a nearby dispensary where he was treated for minor wounds and later boarded a bus to Busia town.
Source:kenyan-post.com​
Related Posts
NEWS