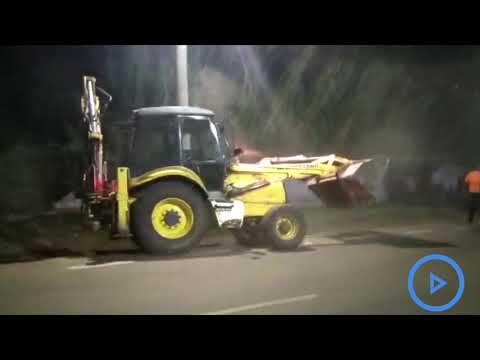 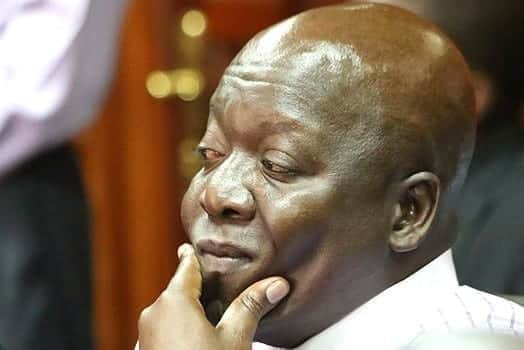 Jakoyo Midiwo’s Restaurant in Kisumu Brought Down on Raila’s Orders: Kisumu’s popular eating joint TLC which is located in the middle of the town and owned by former Gem Member of Parliament Jakoyo Midiwo is being brought down tonight on orders of former Prime Minister Raila Odinga.

The eating joint which is known to offer traditional delicacies like fresh tilapia from Lake Victoria, omena and athola is being brought down despite the July 12 notice given to it not expiring as indicated. The notice was to run for 90 days meaning that they were to move from the space by October 12.

According to sources close to Kisumu County leadership, Raila gave Anyang’ Nyong’o the orders to ensure that Kisumu is beautified in preparation for the official unveiling of the upgraded Kisumu Port by East Africa heads of states.

Former Gem MP and popular politician Jakoyo Midiwo is a known owner of various restaurants including Golden Spot along Chaka Road in Nairobi and others.

Speaking to KahawaTungu, the politician has indicated that Raila is trying to punish him for no reason despite rigging him out in the 2017 Orange Democratic Party nominations.

He was replaced with novice Elisha Odhiambo Akuba who has shown that he lacks the deep understanding of politics and governance, unlike the more experienced Jakoyo Midiwo.

“Raila is trying to punish and impoverish me for no reason. I am not challenging him anywhere and I have never shown any intention of refusing to move from the property in question. I am just a tenant and move to destroy my property before the expiry of the 90-day notice is just unfortunate,” added Midiwo.

Midiwo posed, “TLC restaurant employs around 50 young Kenyans. If the notice we received on July 12 has not elapsed, what is the hurry to destroy it now when we are looking for alternative employment for these Kenyans?”

Jakoyo Midiwo is also a first cousin of Raila Odinga.

Desperate to make quick money before the next elections, the current MP has resorted to blackmailing and blindly worshipping various corporates for favours. Case in point is National Oil and Safaricom.

Kisumu County leadership has recently engaged in demolitions to clear town despite not offering alternatives to the traders.

Former Kenyan UK based Councilor Munyambu to vie for president 2022