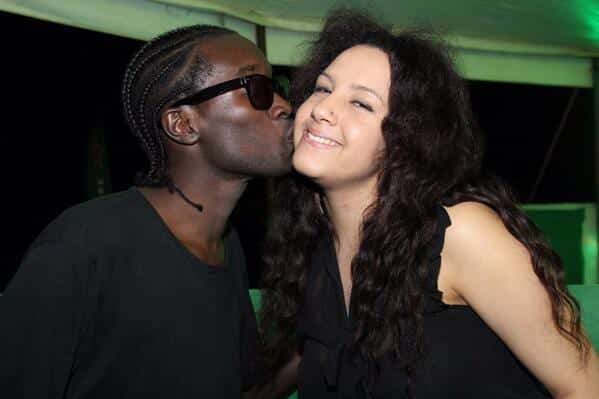 John Telewa is a man on a mission. He wants to make it to the Guiness Book of World Records. His avenue?

Kissing one million women. It all started one evening when during a party he kissed a woman and posted the picture on the social network Facebook.
One after another comments started tricking in and before long they were overwhelming. He kissed another woman and posted the picture on Facebook; like the first one, this one, too, drew in a lot of comments.

Friends would ask any woman if John Telewa had kissed them and it became a song.

On coming home, his sister, a public relations practitioner, got interested in the friends’ comments and asked him to think outside the box about the pictures.

“My sister told me to research on the Internet and see if there is anyone who has kissed many women and set a world record, but we found none and that’s when the idea was born,” explains the 28-year-old man.

Telewa applied for the claim code stating that he wanted to break the record of being the first man to kiss a million women and the Guinness team accepted his idea and sent him the code through the email since there had not been anyone with such idea.

“The claim code has a secret code that protects me from copyright like someone else coping my idea,” he adds.

The sister organised for him the first interview with Kiss FM100 Radio where he was interviewed on the breakfast show.

“The interview was the eye opener for the quest since the radio presenters talked about the idea on radio and listeners started liking it hence propelling me to fame instantly,” he says.

It’s at the same interview that he got an opportunity to kiss presenter Caroline Mutoko. He later received many calls and congratulations after the interview. He is targeting to set the record in the next three months.

By the time of the interview, he had kissed 668 women and the list is growing. He says he approaches a woman and explains to her his initiative and goal and if the woman accepts, he goes ahead and kisses her on the cheek on or off camera as she prefers.

His quest has become famous and he is receiving kiss requests from as far as Australia, Germany, and Norway.

He has kissed among other famous people like musician Wahu, Amani, Sarah Hassan (Tanya), Pierra Makena, Brenda Wairimu, and Mimo Wanjuhi, among other female celebrities.

However, his quest to stardom has not lacked challenges: He cites anger from boyfriends and husbands and also lack of money to take his mission across the country.

“The angry boyfriends confuse me to be a rival hence threaten my safety and am therefore forced to walk in a company of three buddies to provide me with security in case things turn sour,” says Telewa, a video editor and graphic designer.

Asked about his parent’s reaction about the initiative, he says his mother at first was sceptical.

“I had explained to her but she later came to understand what my mission is.

My father is supportive and told me to forge ahead so long as it’s something legal.”

He has been nicknamed by his friends as ‘The Kiss Bandit’ and he has printed T-shirts emblazoned with the words ‘I Kissed the Bandit’ that he gives to three women every week. He sells others to supplement his income.

He says people should not confuse him or post nasty comments and talk ill of him because he is just doing what he loves and is on the way to break a world record like athletes David Rudisha and Ezekiel Kemboi did in the just concluded Olympic Games.

“Kenya is known internationally for being champions in athletics but I want to set a unique record of being the man who kissed a million ladies,” he says.

Chris Kirubi Plays Golf With Will Smith in Dubai