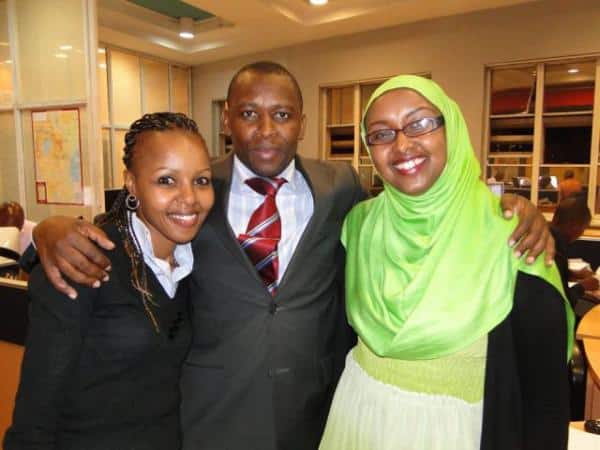 Wednesday, September 26, 2012 – Not long ago news on the tragic accident that left NTV’s Richard Chacha almost crippled broke and Kenyans at large expressed their sympathy and wished him quick recovery.

The entourage of journalists was headed for a fundraiser in Linus Kaikai’s hometown in Kiligoris County when one of the vehicle’s tyre burst and rolled near Rift Valley’s Mai-Mahiu area. Chacha sustained serious head injuries and was still unconscious when they were airlifted to Nairobi for treatment.

About a month later NMG’s Human Resource Manager Pauline Mwikali, the family, friends and colleagues of Richard Chacha called for help from Kenyans of goodwill to help him raise money for specialized treatment in South Africa.

Well the flamboyant journalist is well and in a position to perform his day to day duties in his line of work. He is still on a wheel chair though. Chacha reported to work at the NMG offices yesterday. Cheers and laughter filled the offices as they welcomed him back in style.

Uhuru and Ruto to restructure parastatals