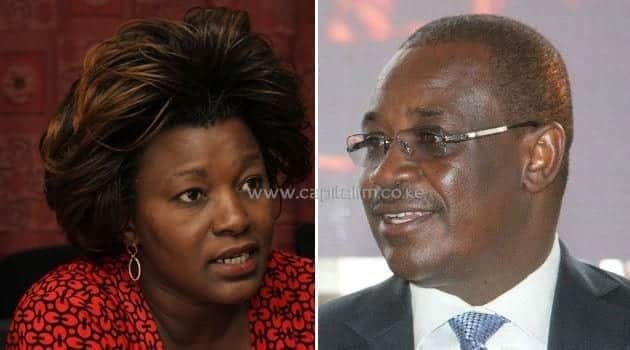 After yesterday’s drama between Sonko and Caroline Mutoko,we have another one today:Nairobi County Women Representative Rachael Shebesh is currently recording a statement at Parliament Police Station after she was allegedly slapped by Nairobi Governor Dr Evans Kidero.

Shebesh had joined striking workers who are demanding for a pay rise when the altercation occurred.

Shebesh was slapped as she tried to gain entry to Kidero’s office at City Hall.

As she moves closer to him, Kidero is seen slapping her before he retreats into his office.

DEVOTION:THIS WILL CHANGE YOUR VIEW OF SIN!

Awakening Kenya to a Love for Israel