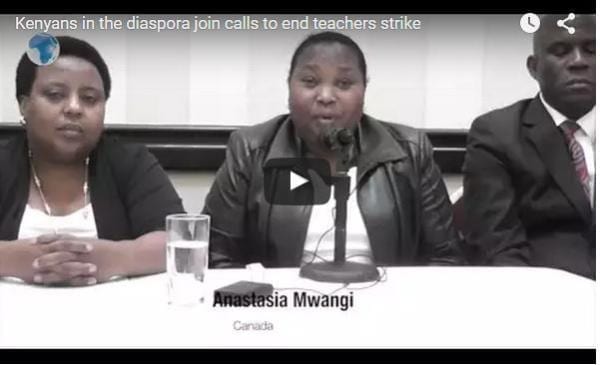 A Kenyan civil society group based in the US has urged the Kenyan Government to adopt the 5-year Civil Society Organizations-CSO global plan for development.
The Kenya Diaspora Development Collaborative (KDDC) made the call during the UN General Assembly’s second High-level Dialogue on International Migration and Development that was held October 3-4 2013, in New York. The meeting was one in a series of meetings held on the sidelines of the month long UN annual General Assembly that is held in September at the UN headquarters. KKDDC was one of the 172 participating civil society organizations.
The High-level Dialogue (HLD) brings together heads of state, ministers, vice-ministers and senior officials in a series of plenary sessions and four round tables. Civil society is participating in the HLD directly as full partners.
The Chairperson of KDDC, Comfort M. Mwangi told the Nation that her group based in Florida represented Kenya well in Washington, DC during the State Department and USAID sponsored meeting on Migration. The State Department and USAID adopted the Kenya model.
“That is when we were selected to attend the High Level Discussions at the UN in New York. I discussed with Ambassador Koki Muli (UN) before attending the meeting to be on the same page with Kenya Government since they were not attending”. She said.
By the end of the meeting, civil society expected governments to adopt a 5-year plan that has been endorsed by CSOs globally in over 20 regional and preparatory civil society meetings.
KDDC mainly participated in the roundtable that focused on development issues on two fronts:
First, GLOBAL POST 2015 AGENDA -A key outcome of the July 15 preliminary hearings also held in New York was the consensus that the role of the Diaspora in development should be included as a prominent feature in any post 2015 agenda. It was unanimously resolved that the Diaspora should be formally and distinctly recognized and mentioned as an important global partner for development, in line with other major partners.
The current roundtable is focusing on the modalities of addressing not only the contributions that the Diaspora make to development in countries of origin and destination, but also the possibilities for better policy planning and coherence that can make migration more genuinely a choice and not a necessity, and greater gain than drain.
“This development agenda links migration to United Nations development concerns regarding poverty, health, gender equality, financing for development and sustainable development, and to future development goals”. Ms Mwangi said.
The second front, Ms Mwangi disclosed has something to do with IMPLEMENTATION. She said these are models and frameworks that facilitate the engagement of Diaspora and migrant associations as entrepreneurs, social investors, policy advocates and partners in setting and achieving priorities for the full range of human development in countries of origin, heritage and destination
KDDC participated in the Global Diaspora Forum hosted by USAID and US State Department from May 13 to 15 May, 2013 in Washington DC as well as the informal interactive session July 13-14 and preliminary High Level Dialogue on July 15, 2013 in New York.
“In all these sessions, participants assessed the reasons why the Millennium Development Goals (MDGs) had not been met in most countries. KDDC helped in pushing the recognition of good governance as a major ingredient in the realization of MDGs. It was agreed that immediately after the meeting, KDDC, like the rest of other civil society should proactively initiate processes and frameworks to engage with government and other relevant partners to realize the plan”. She said.
Kenya Diaspora Development Collaborative -KDDC- aims to empower Kenyans in the Diaspora for individual economic advancement and sustainable prosperity for all Kenyans.  Since its registration in December 2011, KDDC among other things organized the first Kenya Diaspora Summit 2012 in Boston, MA. The group is planning a second one in May 2014.
The group has established Kenya Diaspora Leadership Assembly (KDLA)-the first ever globally elected Representative body for Kenyans in the Diaspora with representatives from 53 jurisdictions in Europe, USA, Canada, Middle East and Africa. It has organized a Cooperative branch to help mobilize investments, and initiated a Home Link Services platform known as Home Link Services for Kenyans Abroad (HOLISKA).
By Chris Wamalwa

YOU CANNOT AFFORD TO FALL (II)

Letter to Kenyans in the Diaspora