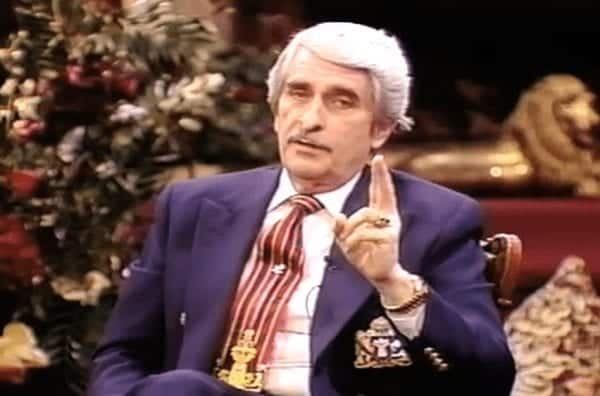 Paul F. Crouch, the televangelist who co-founded the Trinity Broadcasting Network with his wife and turned it into the world’s largest Christian television network, died on Saturday. He was 79.

His death was confirmed by the network, which said he had suffered from degenerative heart disease for a decade.

Mr. Crouch served as the face of the television network, along with his wife, Janice, expanding it from one station in Southern California to thousands of stations across the world. He often appeared on camera, microphone in hand, quoting from the Bible and delivering his upbeat brand of Christianity.

But he also faced criticism over lavish spending of the millions of dollars collected through the network. Last year, his granddaughter accused the network of financial improprieties, and her father, Paul Crouch Jr., was forced off the staff.

Paul Franklin Crouch was born in St. Joseph, Mo., on March 30, 1934. His parents were missionaries who had lived in Egypt. He graduated from the Central Bible Institute in Springfield, Mo., and began working in radio.

He and his wife founded Trinity Broadcasting Network in 1973, and bought their first station, now called KTBN-TV 40, in Santa Ana. They embraced satellite technology, broadcasting to more states and eventually overseas.

In a video tribute by the network on Saturday, Mr. Crouch could be seen celebrating the network’s expansion to new cities. “All over the country, they’re coming to know Jesus,” he said. “Church, I think we ought to rejoice ’cause the whole world is getting saved.”

TBN now runs on 84 satellite channels and more than 18,000 television and cable affiliates, according to the company. Mr. Crouch was the host of a show called “Behind the Scenes” that aired until recently.

Some Christian leaders have criticized the couple for preaching the “prosperity gospel” — the message that if you have faith in God and donate generously, you will profit in return. In 2010, donations to TBN totaled $93 million. The Crouches had his-and-her mansions in Newport Beach, Calif., and used corporate jets valued at $8 million and $49 million each.

In 2012, Mr. Crouch’s granddaughter Brittany Koper went public with allegations of financial improprieties. Ms. Koper told The New York Times that her job had been to label extravagant personal spending as ministry expenses. But a lawyer for the network said that Ms. Koper and her husband had been fired by TBN and accused them of stealing $1.3 million.

The dispute took a toll on the family. Her father left the network, where he had served on the board, saying that getting caught in the middle of the dispute was “one of the hardest things I’ve ever had to endure.”

Mr. Crouch is survived by his wife; two sons, Paul Jr. and Matthew; and several grandchildren.

Mr. Crouch often traveled overseas with the network and filmed episodes of his “Behind the Scenes” show in London and Rome. In one episode this year, he reminisced about how the network found an audience in Africa, noting that one time when he arrived at the airport in Nairobi, Kenya, immigration officials recognized him. They “praised the Lord” and patted him on the back, he said.

“That’s God,” he said. “He’s opening these doors, and we’re going through them.”-nytimes.com Hear the Word of the Lord: A Prophetic Call to Rwanda and Kenya