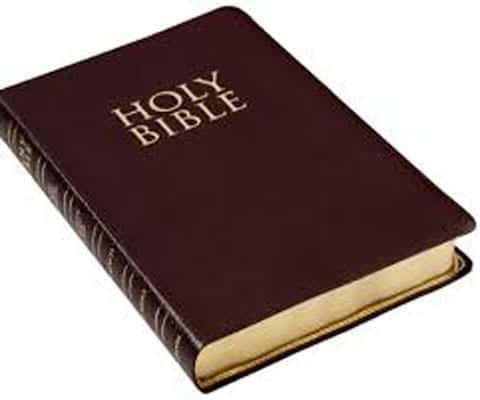 CHICAGO, USA: The Bible that a US bus driver kept in his pocket saved his life after it stopped two bullets from piercing his chest, stunned police said.

“There was obviously some kind of intervention involved in this incident because he probably should not be here,” Sergeant Michael Pauley of the Dayton, Ohio police told reporters. Rickey Wagoner, 49, had stopped his bus to fix a problem in the early hours of Monday morning when he was approached by three teenagers in what appears to be gang-initiation attack, WCPO news reported.

“He heard one of the suspects say it was time to kill a polar bear to get into a club,” Pauley said. “He fought for his life.” Wagoner was shot twice in the chest but managed to stay standing and struggled to wrestle the gun away from his attackers.

“I had a book in my pocket,” Wagoner told a police dispatcher in a call released to local media. “At first I thought it went through. It just feels like I’ve been hit with a sledgehammer in the chest.”

One of the teens slashed him in the arm with a knife while he fought for the gun, which went off during the struggle and shot him in the leg. But he managed to get both weapons away. “I stabbed one in the leg with my pen,” Wagoner said in the 911 call. “He hollered and that’s when they all ran.” Wagoner picked up the dropped gun and shot after the fleeing teens but told the dispatcher he didn’t think he hit them.